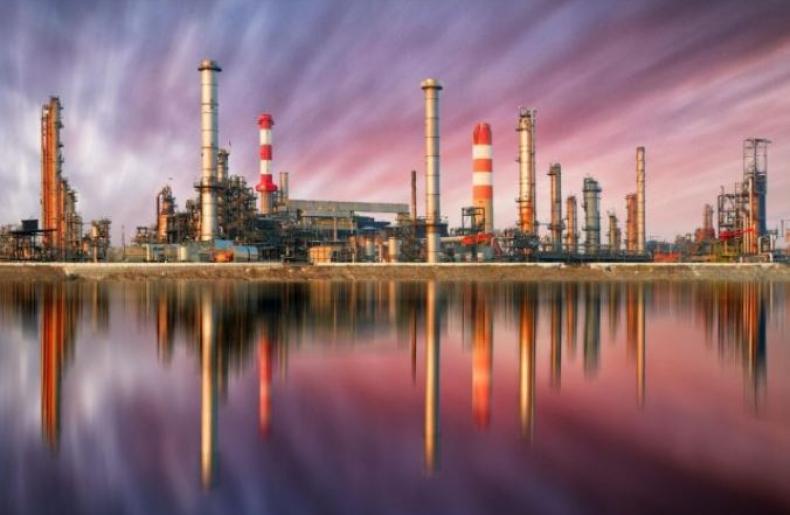 The long period of high olefins margins globally has had the expected effect of generating a major global capacity build, which will in turn drop operating rates quite significantly over the next five years.  Global economic growth has been strong, although some issues such as the confrontation on trade tariffs between China and the United States, and accelerating debt levels globally hint at overheating and a likely drop in economic growth post-2020.  The Middle East producers with the most advantaged feedstock still have the lowest costs, although prices have remained sufficiently high to provide good returns for naphtha-based operators around the world, and also keep the new coal-based market entrants in China in operation.

Russia’s economy started to recover in 2017, mainly due to increased energy export revenues, and continued to grow through 2018.  The political and economic situation remains difficult however.  In South America, regions such as Argentina and Venezuela remained troubled over 2018, while the situation in Brazil is starting to improve.  The success in prosecuting corrupt government officials and company officers under the “lava jato” (car wash) operation has continued and intensified under the new right-wing government, providing some expectation of higher institutional quality, and a return to economic growth.

China’s drop in headline economic growth figures does not seem to have impacted on consumption growth for petrochemicals, with polyolefin demand and especially the polyester industry performing very strongly over 2017.  There are however growing challenges, with a dramatic fall in vehicle sales in January 2019 taken by some to indicate a wider risk in domestic consumption, and other sectors suffering due to the ongoing US/China trade dispute.

The differentials between olefin values remained relatively narrow over 2018, although with significant regional differences.  In the US ethylene prices remained much lower than propylene due mainly to oversupply and limited capacity to export ethylene.  In other regions ethylene was the highest priced olefin at most times, and propylene the cheapest.  Butadiene generally hovered between the two, but was at some times higher than ethylene.  Competition from natural rubber and the health of the automotive and tire business generally dictate butadiene demand.  Natural rubber prices remained very low over 2018 sustaining pressure on butadiene derivatives despite the relatively positive automotive sector over much of the year.

Nearly all of the cracker projects proposed in the U.S. Gulf have subsequently been confirmed, and almost ten million tons per year of new ethylene capacity will be online in the United States by the end of 2019.  Only Shell has so far confirmed a new cracker project away from the U.S. Gulf area, locating instead close to the source of the greatest gas supply growth in Pennsylvania.  Other companies such as Badlands NGLs, Braskem and Thailand’s PPTGC also proposed new crackers in gas producing areas away from the USGC, but remain some way from confirming projects.

The surge in ethane supplies in the United States has led to low prices and strong margins for U.S. ethylene producers.  The quantity of new capacity coming online in the U.S. Gulf area will however put considerable strain on ethane supplies.  While there is still scope for some volatility, a sharp rise in gas production particularly in Permian area, along with logistical investments kept the market well supplied over 2018.  There are also bottlenecks in export infrastructure for propane and butane, creating periodic price distortions which again motivated cracking these feeds instead of ethane at some points over 2018.  Overall, the pace of development in the Permian and other shale plays within a relatively short distance of the USGC looks like to provide sufficient feedstock for the proposed slate of new crackers, and additional new ethane export capacity.

A considerable quantity of ethane is currently being rejected in sales gas in gas producing regions around the United States; however its extraction and transport incurs a considerable increase in costs, requiring new pipelines as well as upgrading gas treatment infrastructure, much of which is not capable of fully extracting ethane.

The additional ten million tons per year export facility proposed by American Ethane would bring the total increase in ethane demand from 2017 up to around 100 percent, although the terminal could run at lower rates in its initial years of operation.  This level of ethane consumption growth is in line with the highest estimates of total achievable ethane production, which would also necessitate the extraction of all available ethane, and its transportation to the USG from some distant gas and oil fields.  Although gas production forecasts have tended to be revised upwards, the scale of the American Ethane terminal is such that the US ethane market could be brought into balance or conceivably made tight if corresponding cracker developments and logistical infrastructure is developed in other regions to absorb the volume of ethane.

Following the first shipment of U.S. ethane to Europe in March 2016, there are now three terminals in Europe receiving ethane imports, and two of these sites sell ethane on to additional crackers.  Reliance’s fleet of VLECs (very large ethane carriers) is also operational and serving its Dahej, India terminal and connected 500km pipeline network which carries ethane to three of its crackers on the West coast of India.  Along with the ethane import infrastructure, Reliance also commissioned a new cracker at Jamnagar which is among the largest in the world, following on from the long-awaited OPal cracker which was commissioned in 2016.  Indian companies also continue to add FCC propylene capacity.  In the Middle East, gas supply developments are supporting a significant increase in ethylene production in Iran, which has considerable ethylene and derivatives capacity currently underutilised due to feedstock restrictions, and also a heavy project pipeline for new ethylene developments.  Elsewhere in Asia new ethylene projects are primarily naphtha-based, and mostly linked to new refineries which both provide the feedstock and the means to optimise the value of by-product streams.

Plans for capacity development in South America are advancing slowly, partly due to the competitive threat from the upcoming capacity in the U.S. Gulf Coast, and partly due to severe economic problems in Brazil and Argentina, and the corruption scandal enveloping Petrobras.  Rather than the previously proposed major Comperj refinery and cracker development in Brazil, the next development will instead be to substitute some imported ethane for naphtha feed at an existing cracker.  Venezuela’s severe economic and political problems effectively preclude near term olefins developments.

The period of ethylene capacity rationalisation in Europe has ended, and producers have significantly increased output in recent years.  Supply in Central Europe will be supported by some planned cracker expansions, as well as a new PDH plant in Poland.  SIBUR’s ZapSibNeft project in Siberia will produce almost two million tons per year of polyolefins when operational.  Construction was reported to be 92.5 percent complete in December 2018.  The planned ethylene capacity growth in Europe greatly outweighs investments in new derivatives however, and this may renew the pressure to close some older crackers.

Aside from some brief periods of high prices due to spikes in local demand for heating, U.S. NGL pricing remains highly competitive and olefin producers around the world continue efforts to procure larger quantities both for PDH and to improve the cost position of their steam cracking operations.  INEOS, which was the first company to engage in transporting ethane from the U.S. has now announced a new butane tank in Europe which will be used to transfer butane from deep sea sources such as the United States to one or more of its European crackers.

While butane cracking provides roughly similar butadiene yields per ton ethylene to naphtha cracking, the broader shift to ethane and propane cracking does not.  While this contributed to shortness in the market for crude C4s over the last ten years, this is expected to be reversed when some of the new, very large liquids crackers some on stream in Asia and the Middle East.  While liquids crackers have almost always recovered butadiene, the combination of butadiene oversupply, and a limited additional naphtha availability suggests not all new cracker projects will include butadiene, and hydrogenation/co-cracking is likely to increase.  Butadiene still has scope to grow, but new capacities are likely to develop more where there is existing demand or incentive to develop derivatives.

The prospect of large new liquids cracking projects in the Middle East, along with the wave of new crackers in China suggests C4 supply will ease post-2020 however.  There now seems little or no opportunity for new investment in butylene dehydrogenation, with almost all of the recently built capacity in China either closed or converted to conventional C4 extraction.  The butane dehydrogenation plants in Russia however continue to operate profitably.

Market Analytics: Olefins 2019
Back to blogs