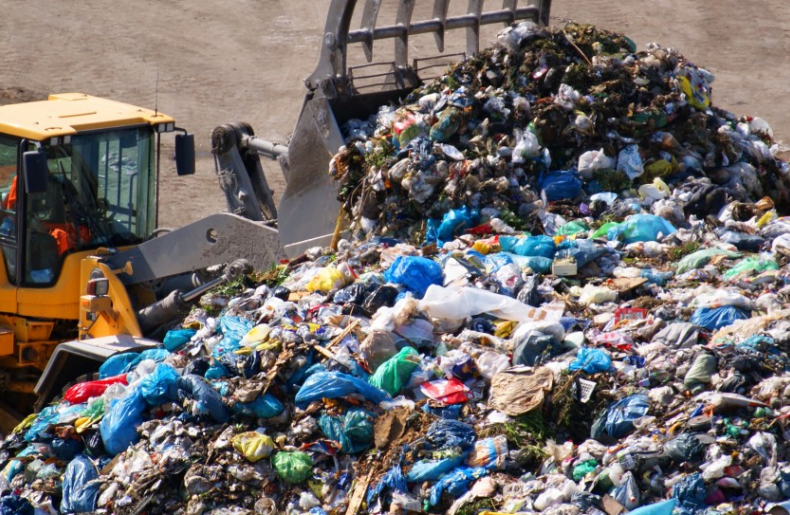 The current world population of about 7.5 billion is projected to increase to almost 8.5 billion in 2025. Currently, cities around the world generate a total of about 1.4 billion tons of solid waste per year.  Using a ‘business-as-usual’ projection, that is, if society continues with its current waste generation pattern, then by 2025 as much as 2.3 billion tons of waste could be generated each year.

Waste generation rates in lower income countries are forecast to more than double over the next twenty years as their level of economic development increases.  Insofar as the recoverable components of MSW are not recycled, the non-recycled fraction will represent a major depletion of finite natural resources.

In the Middle East, a region with high organic fractions, low recyclables content, and a high portion of landfilling and open dumping for disposal, as shown in below figures.  In fact, waste recovery/recycling rates are the lowest in the world in the Middle East.

With the political turbulence in the region, waste management is not heavily regulated by municipalities, particularly in poorer countries.  In countries with more wealth, access to inexpensive crude oil and petrochemical feedstocks make waste recovery/recycling technologies less economically attractive.

New hydrocarbon and mineral resources (for example new shale gas reserves) tend to be in less concentrated form, more difficult to extract, more remote, deeper in the earth or the ocean, and/or at greater political risk than previously exploited resources.  Waste, on the other hand, has been steadily gaining importance as a bioenergy feedstock because it solves three of the most pressing problems blocking capacity expansion associated with the traditional dedicated energy crops:

The MSW feedstock is available at fixed, affordable prices – sometimes free, sometimes even transitionally available with a negative-cost tipping fee
It can be available through fixed, long-term contracts
Its supply is less subject to societal concerns, such as indirect land-use change, that have plagued energy crops, and evokes few, if any, environmental concerns

Below shows the value chain or value-added products of an integrated solid waste management (ISWM) process.

In the conventional waste management process, the MSW stream has long been “mined” for energy to generate power and to recycle aluminum, steel, paper fiber, and some plastic containers.

There are a number of emerging options for improved use of MSW.  The paper fraction commonly collected and sold for its fiber value, can also be used as biomass feed for renewable chemicals and liquid fuels production.  Similarly, mixed plastics can be used as pyrolysis or gasification feedstock for fuels or chemicals, or as a source of materials for plastic lumber, which is only recently being developed at commercial scale.  Nexant explores these options in detail in its Bio renewable multi-client report subscriptions.

Recycling has many environmental benefits.  By utilizing used, unwanted, or obsolete materials as industrial feedstocks for new materials or products, we can reduce significantly GHG emissions that contribute to global warming.

Disposal of MSW is a pressing economic issue in many jurisdictions around the world.  MSW is generally collected by local governments or private carters, and is different from hazardous waste and nonhazardous industrial/commercial waste.  MSW collection is logistically challenging due to its distributed generation (door-to-door) at a relatively low solids density.

MSW production is highly localized, so are the policies and their implementation for its management, which differ greatly among nations, regions, cities, and villages.  Management options encourage “Re-use, Reduction, and Recycling” of products and materials, to mandated source separation of recyclables, bans on or charges for certain types of packaging and single-use retail bags, bottle deposit laws, composting systems for food and yard wastes, waste-to-energy (WTE), landfilling, and, under the worst of conditions, tolerance of open dumps.

An environmentally sound and techno-economically viable methodology to treat MSW is highly crucial for the sustainability of modern societies. The MENA region is well-poised for waste-to-energy development, with its rich resources in the form of municipal solid waste, crop residues and agro-industrial waste. The implementation of advanced waste-to-energy conversion technologies as a method for safe disposal of solid and liquid wastes, and as an attractive option to generate heat, power and fuels, can greatly reduce environmental impacts of wastes in the Middle East.