A plastics dichotomy – durables versus single use 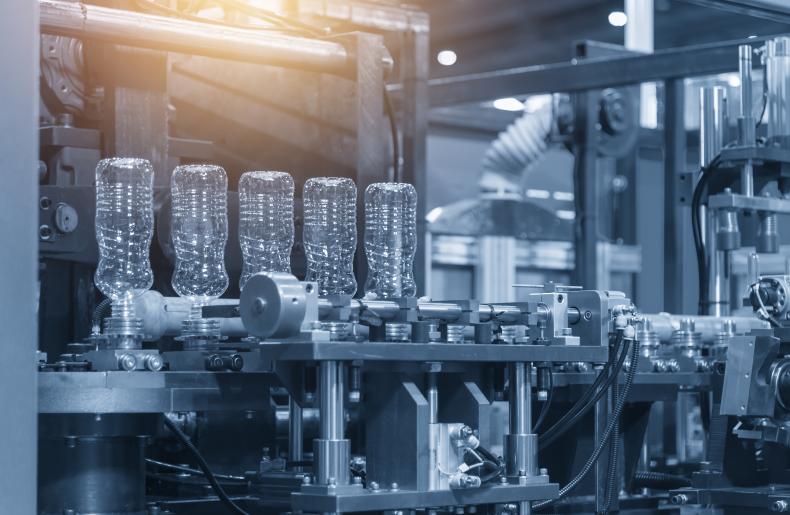 Most people love plastics.  Most people hate plastics. Similarly, most people love nature (sunsets, the beach, walks or drives through the woods, especially for leaf peeping, flowers, furry animals, etc.), but also hate nature (hurricanes, tornados, jellyfish, biting insects, spiders, snakes, skunks, ragweed, fallen leaves to clean up, etc.).   It depends on which plastics and which experience of nature we are talking about.

As it turns out, the plastics that increasing numbers of people and the institutions of society hate are the single use, disposable, hard to recycle types, especially if they tend to foul the ocean and waterways. According to Shelton Group research, American consumers care about the problem of plastic waste more than ever – in fact, even more than climate change, in their polling of 1,000 Americans on environmental issues, and “plastics in the ocean” ranked as their top concern. Over the past two decades of environmental concern and activism, no other topic has been driven from almost obscurity to priority number one on a global scale so fast.

Durables versus Single Use

Durable items are those that are in use for a long time, even years, mostly are rigid, have substantial weight per item, generally are not littered, are typically of more expensive performance polymers (polyamides, polyesters, polycarbonate, etc.) and have high potential for recycling, including via manufacturer or retailer take-back. Single use plastics are dominated by blown and extruded film, often with relatively low performance indexes, such as polyolefins, but also polyesters, polystyrene, and PVC, with lower potential for recycling.

Astride the dichotomy between rigid durables and film disposables are rigid single-use packages (bottles, jars, boxes, trays, etc.) like those used for retail beverages and food, personal care products, and household chemicals. PET and HDPE, with high potential for recycling, lead in this area. In fact, these are the two most recycled plastics, globally, both to original use and to other durable and disposable uses.

Most people do not realize that it’s not evil intent or even thoughtlessness behind the vast amount of plastics used in food and beverage packaging and handling.   In most cases the aim is to optimize costs (and even carbon footprints) in considering spoilage, hygiene, logistics, refrigeration, and theft. These savings benefit the brand owner, retailer, society at large, and of course, the consumer.  As much as 40 percent of the food that starts out at farms on its way to consumers never gets eaten due to spoilage and other losses. Without plastics packaging, much more would be lost. With many products, there is the option of packaging in a plastic bottle or can, or alternately in a plastic film bag or pod.   The former could be recyclable, but the latter is almost never practically so. Thus, these end up as “mixed plastic waste”, whether placed in curbside or public recycling containers or are just part of the general garbage stream.

The typical approach to re-use post-consumer plastics is to sort mainly rigid containers, make chips of them, clean them of other plastics and chemical contaminants, and make new products in extrusion processes. But other solutions are available, primarily:

Pyrolyzing (heat in the absence of oxygen) streams of mixed waste plastics to reuse the smaller molecules derived as fuels or chemicals
Gasifying streams of mixed waste plastics to produce syngas to process into fuels or chemicals
Chemically depolymerizing separated streams of relatively valuable polymers such as polyesters or polyamides to recover, purify, and re-use the monomers to make new products

The pyrolysis and gasification approaches are particularly relevant to “mixed plastic waste”, materials including much of the film in garbage, that are not PET (coded 1) or HDPE (coded 2), but the net of these not recovered, plus those coded 3 through 7, which are usually sent to landfill or incineration. Several US states have recently legislated in favor of these approaches. Alternatively, this mixed stream can be incorporated, together with certain amounts of paper and metal foils from multi-layer packaging into plastic lumber, pavers, and other construction materials where their weather-exposed surface area risking degradation to microplastics will be reduced by orders of magnitude.

The modern PET soda bottle is a case study of packaging optimization and polymer recycling.  Most baby boomers will remember when soda came in glass bottles, as most beer still does.  Reusable glass soda bottles, which were of diverse designs, and originally made by labor-intensive rather than mass production means, worked well in an age when labor was much cheaper and sodas were mainly sold in restaurants. The bottles were commonly collected and returned by the business, usually with a credit from the distributer/bottler. This also worked well somewhat later when sodas were sold by small stores, until the advent of supermarkets in the 1950s in the US (and much later elsewhere in the world). Eventually, consumption increased, and increasing fractions of the bottles were discarded in the garbage or by littering. In response, several major states in the US passed container deposit laws applied to beer and carbonated soft drinks in bottles or cans.  No one saw coming the phenomenon of personally carried bottled still water, which was to make the situation of litter dramatically worse.

These and other market trends, including 2-liter bottles, led the soda bottlers to seek plastic-based bottling solutions, which had them consider acrylics and a type of polyester, PET, already being used widely for textiles by the 1950s. PET won out because it is clear and has good barrier properties towards moisture, carbonation, and oxygen.  A vast global industrial complex arose globally, leveraging the larger polyester textile industry, to make the monomers MEG and PTA for PET bottles.

The preform system for bottle production and logistics optimization also made PET bottles far superior to glass bottles in terms of carbon footprint and distribution costs. In this, the complex feature of the bottle screw top, and the difficult, hygroscopic nature of PET (needing careful moisture control) are handled in a centralized high-tech operation of injection molding, in multiple-cavity platens, bottle “preforms” that resemble test tubes. These can be shipped in boxes that each hold thousands of preforms to bottling plants, where, in relatively low-tech operation, they are racked up on conveyors and passed through furnaces (“lehrs”) where the PET tube softens and a bottle can be automatically blown into a mold, tested, and filled with beverage.   It is clear that this central production of preforms and the distributed production and filling of bottles is superior to possible alternatives and to the provision of glass bottles.

Shown below is a PET preform injection molding machine, preforms in a box, and a bottle blowing machine.

From the outset of PET bottle manufacture, means to recycle the bottles and recover clean resin were sought.  Recycling the resin into new bottles or other food or beverage packaging has always been challenging due to contamination, loss of clarity, etc.  However, recycling this valuable resin into other, mostly technical and durable uses has been quite feasible.  Over 2 billion pounds a year of PET are typically recycled.  This “RPET” is used to make a variety of new end products such as:

Many small and medium businesses are involved in the value chains for these products.  Nonetheless, in the religion of the Circular Economy of Plastics, there appears to be a distain for such RPET secondary use. Is this simply a case of Voltaire’s “Le mieux est l’ennemi du bien” (the better is the enemy of the good), or is there truly greater value in recycling to the original use?  Likely, the “better” will always be more expensive than the “good”, both in money and in entropy (mess made in doing so), but diverting PET bottles from litter and from landfill or incineration is a goal that is increasingly valuable to society.

Technologies are emerging that will allow PET found in a wide range of post-consumer items – contaminated recycled bottles, other packaging, and even in cotton-poly textiles – to be recycled into food and beverage-contact uses. This will be done by depolymerizing PET, typically by applying heat, glycol, and refining steps to produce the original monomers or other small molecules that can be re-polymerized to bottle-grade PET. Brand owners are seeking to support leaders in these developmental efforts, world-wide.

The Role of Biopolymers

Two types of biopolymers are relevant to this discussion – 1) drop-in (fungible) identical substitutes for fossil-based polymers (such as PET), wherein the monomers are made from plant sources, and 2) entirely different polymers (such as PLA and PHA – both polyesters by the way). None of these solve the problem of litter that so captures public attention now.  Both types reduce the carbon footprint of polymer production.  Drop-ins are completely compatible with existing manufacturing, in which trillions of dollars are invested globally, and most importantly, will allow maintaining and expanding existing recycling systems.  PLA and PHA, and even the competing bio-based polyester bottle resin PPE, have the potential to severely disrupt recycling systems. So far, biopolymers have achieved very limited market share. For durables and specialty applications, rigid or film, the generic drawbacks of biopolymers stated here might not be so relevant.  The use of either in film packaging is also relatively low risk, primarily because film recycling has been so infeasible.

Nexant did a comprehensive report on thermal and chemical recycling, including PET chemical recycling, titled TECH: Plastics to Fuels and Chemicals (2017 Program). This report provides an overview of plastics to fuels and plastics to chemicals technologies that are used to convert so-called non-recyclable plastics into value-added products.  Many of the technology providers and operators are profiled.  Cost of production estimates for some processes were developed for the United States.  The effect of oil price on process economics is explored. This is to be updated and supplemented later in 2019 by TECH: Recycling of Mixed Plastics Waste.  Also available is a Special Report, Plastics Recycling: Impact on the Polymers Industry in Western Europe and the United States (December 2018), which analyzes the impact of the recycling of plastics on virgin plastics demand in Western Europe and the United States. It also provides insight into the recycling value chain, including an overview of the industry structure, key players and acquisitions. Recent changes in legislation, including China, are also highlighted in the report.

To better flesh out some of the themes of this blog is Nexant’s Special Report: Sorting through Plastic Waste – Is Chemical Recycling a Solution? This report, published in October 2019, provides a screening of selected chemical recycling technologies that target the largest/most difficult plastics waste streams.