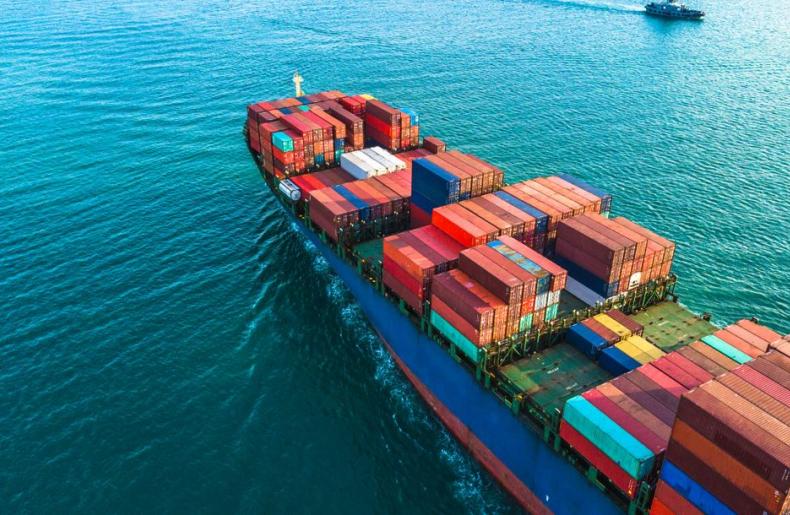 Getting to grips with global warming

The EU fluorinated gas (F-Gas) regulations are core to the ‘European Green Deal’.  These regulations aim to stimulate a switch from refrigerant F-Gases with a high global warming potential (GWP) to refrigerant gases with a lower GWP using quotas that limit the total GWP of refrigerants imported into and sold in the EU.  F-Gases include high GWP refrigerants known as HFCs which are potent greenhouse gases that have a high GWP.  Quotas were introduced in 2015 and reduce every several years through to 2030 to limit the environmental impact of products placed on the EU market.  The total GWP impact of F-Gases sold in the EU in 2030 will then be only 21% of the 2015 baseline impact.

However, in 2018 and 2019 the refrigeration sector was suffering from illegal imports of F-Gases into the EU outside of this quota system.  China is a major producer of F-Gases and it is suspected that products were entering the EU through a combination of small scale smuggling in vehicles across the EU’s eastern borders and larger scale imports of bulk ISO containers through ARA ports and other container terminals.

These additional products were both undermining the intent of the legislation and causing a slump in F-Gas pricing in the EU.  In the 12-month run up to EU import quota reduction on 1 Jan 2018, the prices for HFCs such as R134a and R404A increased approximately 10-fold in the EU.  At this price point, the risk / reward ratio for smuggling activities was highly favourable.  This stimulated illegal imports which were estimated to be 30% of total EU import quota level.  The increased supply led to falling prices and at the end of 2019 the most common HFC refrigerants were trading at about 30% less than their price peak in 2018.  Throughout 2019 there was a concerted effort to clamp down on the illegal trade resulting in an increasing number of smuggled goods seizures and prosecutions.  As the rewards are falling the risks rising, smuggling is losing its appeal and we can expect a reduction in illegal F-Gas trade in 2020.

Clamping down on illegal F-Gas trade

Most countries in the European Union had implemented national legislation to cascade the EU F-Gas regulations into local law.  However, at the beginning of 2019 neither Romania nor Italy had legislated at a local level.  Both are EU border states with extensive coastlines representing potential import routes for F-Gases from overseas chemical producing nations.  However, on the 17th of January this year tough legislation came into force in Italy that could see fines of up to €100,000 for breaches of the EU F-Gas regulations.  A punishment of that kind is certainly a good antidote to illegal trade and will help to shut one more door into the EU.  At an EU level there are also tougher customs control initiatives coming into place.  For example, on the 22nd and 23rd of January there was a conference on the fight against illegal imports of refrigerant gases into the EU.  It was organised by the European Anti-Fraud Office (OLAF) in cooperation with two EC departments, DG TAXUD and DG CLIMA, thereby bringing together the financial and environmental stakeholders to accelerate the resolution of this illegal F-Gas trade problem.  Additional disruptive measures such as tougher financial and custodial penalties for offenders and better training of customs officers will help to put a stop to illegal imports soon.

To catalyse the transition from higher GWP HFC refrigerants to lower GWP products, such as carbon dioxide, propane, HFC/HFO blends or HFOs, the F-Gas regulations employ a mix of import quota reductions and end-use bans.  The most recent changes became effective on 1 Jan for larger stationery refrigeration systems with a charge of more than approximately 10kg of high GWP refrigerants such as R404A or R507C.  It is likely that this will stimulate the legitimate market for recovered and regenerated refrigerants because the ban only covers the sale of ‘virgin’ products.  Whilst there are a few suitable drop-in replacements for R404A, such as R448A, R449A and R452A there are not so many choices to replace R507C and it is likely that recovered R507C will be in especially high demand.

It is known that in recent years a lot of R404A has been recovered from large super-market refrigeration systems as they have switched to lower GWP refrigerant gases.  However, it is possible that there is simply not enough regeneration capacity in the EU to clean this recovered R404A gas for re-use.  As an alternative to using regenerated high GWP materials, some operators may use drop-in replacements such as the HFC/HFO blends R448A and R449A.  However, some end-users will leap-frog these transitional drop-in replacements and move straight to the end game with very low GWP products such as R455A.  This is a mildly flammable HFC/HFO blend in the new ASHRAE A2L classification and has a GWP less than 150.  Changing to this refrigerant gas would require the operator to invest in new refrigeration equipment but the financial and environmental pay-back through improved energy efficiency coupled with the low GWP will make this choice compelling for many.

What next, with Brexit behind us?

With the departure of the UK from the EU on 31st of January this year the EU F-Gas quota system will need to be reviewed.  Many expect the UK to favour continuity for the existing EU environmental policies.  With regard to quotas, one outcome would be for the UK to operate a parallel system, with similar F-Gas import quota reductions based on a starting point set at the current level of EU quotas owned by UK entities.  Under that model, in spirit, nothing would change, but the trade of F-Gases and refrigeration equipment that is pre-charged with these gases between the UK nad EU member states would surely become more complex.

Nexant continuously monitors many chemicals markets and our December 2018 TECH  report on Fluorocarbons included a highly detailed analysis of producers and demand growth drivers in addition to a review of relevant global legislation.  Our experts are also available to execute bespoke consulting projects in this field including market studies and technical, environmental and commercial due diligence for M&A transaction support.  Please contact the author Stephen B. Harrison for further information