Sustainability and plastics – The miracle of modern living 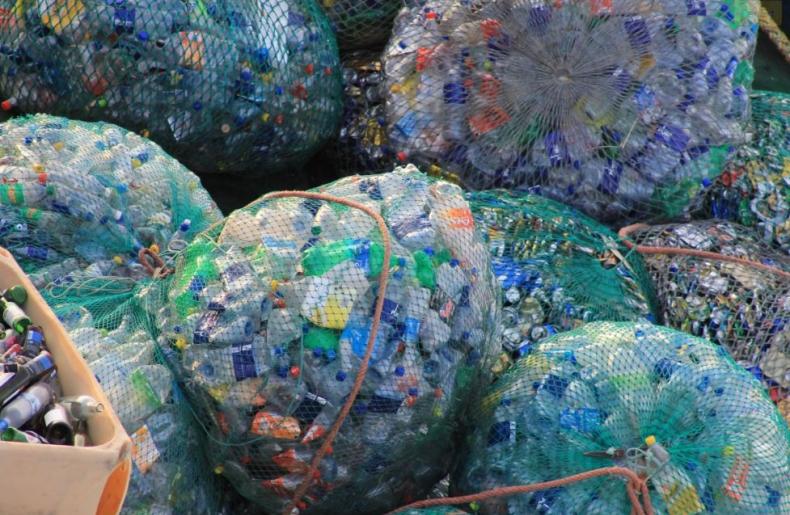 From the 1967 movie, The Graduate, “Mr. McGuire: I want to say one word to you. Just one word……Plastics.  Benjamin (Dustin Hoffman): Exactly how do you mean? Mr. McGuire: There’s a great future in plastics. Think about it. Will you think about it?”  A lot has happened in plastics over the 53 years since.

Plastics are the most sustainable option for many single use applications, the most hygienic and antiseptic option for many medical and food contact applications, and the lightest weight and safest option for many packaging applications, as well as nearly indispensable for sports equipment and vehicles.  This has led plastics to be one of the most sustainable materials available, enabling the further sustainability of other industries, such as the automotive industry and aircraft. Increased use of plastics in vehicles has led to decreases in the weight of vehicles and increases in fuel efficiency.  Plastic bottles are significantly lighter weight than glass, and while lightweight aluminum is highly recyclable, the carbon footprint of the virgin production from bauxite has a very high carbon footprint.

Additionally, plastic bottles can be shipped as small “preforms”, made into bottles at the bottler, which further advantages plastics carbon footprint in transport. Even single use plastics serve important functions, and granted an appropriate end-of-life disposition, can even be considered the most sustainable option.

Plastics have suffered from bad press recently, some of it not the fault of the plastics themselves, but of failures of the waste management systems employed currently, and bad public behavior.

Littering, open dumping, and other waste management failures have led to a significant presence of plastic wastes in oceans and waterways.  Viral videos have shown plastic drinking straws removed from the nostrils of sea turtles, prompting widespread bans.  This has not been a failure of the plastics, per se, but an absence of waste management systems or their failure to prevent waste escape, or littering by the general public.   There are several ways forward to prevent build-up of plastics in the environment.

At the very least, plastics should be discarded, collected, and disposed of properly.  Optimally, plastics should be recycled several times back into the value chain (until they become overly degraded), thus reducing the costs (both environmental and economic) of the plastics value chain.  This should include mechanical as well as chemical recycling means.

Biodegradability will be key for those applications that are particularly susceptible to escape from waste management containment.  This is not a threat to the plastics industry, but an opportunity for new products and new plastics with new functionalities and properties—however it must be realized that there will be applications where biodegradability will not be optimal (e.g., durable goods). Very few polymers are degradable in the natural environment, but many more are degradable in the conditions of industrial composting systems.   In the long term, as much as is reasonable should trend towards either biodegradability or recycling.  In the near term the needle is pushing towards recycling.

Going Around in Circles

Recent advances in recycling technologies are finally potentially allowing for a majority of the plastics market to be recyclable.  Mechanical recycling is a good start, but even with compatibilizers only a small portion of the recycled plastic can be blended in.  Solvolysis and depolymerization have well served the plastics recycling industry, but have mostly been used for PET.

These technologies break the polymers back down into monomers that may be reacted again to produce the polymers. Recently, thermolysis routes such as pyrolysis and gasification have emerged as an alternative to incineration with energy recovery (WTE) as a sustainable end-of-life option.  While previous recycling routes have maintained the molecular integrity of the monomers in question, pyrolysis essentially cracks the plastics, reducing the polymer chain length and producing fuel gas and char byproducts.  Common products include mixtures of hydrocarbons ranging from diesel to wax boiling points and higher.   Frequent recent embodiments have included production of naphtha to be fed to a cracker to produce olefins.  It is worth noting that a naphtha produced in this fashion would be paraffinic by nature, and would produce an ethylene and propylene rich product stream. Gasification, alternatively, produces a syngas (CO and Hydrogen mixture) which can be converted into a number of products—some of which present a pathway back to plastics production.  Methanol is a commonly made from syngas as well as being a feedstock for olefins production using MTO or MTP technologies.   Another common target of syngas production is liquids made in Fischer-Tropsch catalysis.  This is a mixture of mainly paraffinic hydrocarbons, from diesel to jet boiling ranges, and includes a naphtha cut.  This naphtha can (similarly to the pyrolysis naphtha), be fed to a steam cracker for olefin production.  Similar to the pyrolysis naphtha, this highly paraffinic naphtha will produce a stream more rich in ethylene and propylene, with little to no aromatics production.

The Future is NOW

Commercial plants are currently in production demonstrating this technology.  Pilot runs of recycled-plastic-naphtha are taking place all over the world right now, and with good reason: the economics are nearly there (and are there in some regions) for competitive production of recycled plastics that were previously thought “unrecyclable”.  Nexant’s 2019  Special Report “Sorting Through Plastic Waste—Is Chemical Recycling a Solution?”  Investigates the economics and shows that syncrude and syn-naphtha production costs are able to generate positive returns in multiple regions, and positive cash costs in almost all regions.