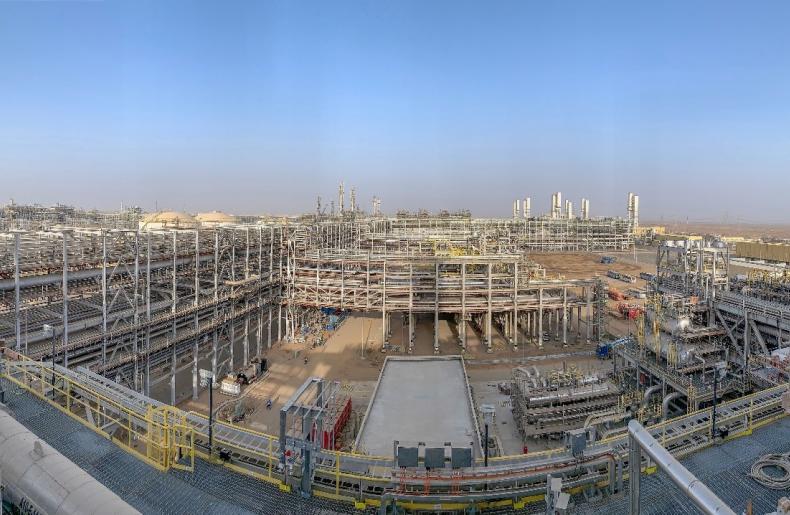 The chemistry of gasification

The chemistry of gasification fits somewhere between combustion and pyrolysis. Combustion is a high temperature reaction in an excess of oxygen. It produces heat, carbon dioxide and steam. Pyrolysis is the high temperature decomposition of a hydrocarbon to form solid carbon in the absence of oxygen. It is used to produce coke from coal in steel making. Coking is as old as the hills. The town of Redstone in Colorado is now a well-known tourist attraction. In 1900 about 250 ovens were converting 6 million Tonnes per year of locally mined coal to coke for use in nearby metallurgical industries.

Also around the1900s, the Seattle Gas Light Company coal gasification plant in the State of Washington was producing 7,000 Nm³ per hour of town gas which was used for heating and lighting in nearby suburbs. Town gas is a flammable mixture of hydrogen and carbon monoxide generated by the gasification process. On the refinery and petrochemicals complex today, this gas mixture is known as syngas.

Gasification as a technology to produce syngas or hydrogen is undergoing a renaissance. It is a high temperature process which needs a precisely controlled concentration of oxygen which is often supplied from an air separation unit (ASU). Gasification is increasingly being used on refineries to process petcoke, a heavy residue from coking units. The process uses oxygen to make hydrogen, the lightest of all gases, from petcoke – the heaviest of all refinery residues. But, the feedstock could equally well be other heavy residues from the refinery, or even crude oil itself.

Today, one of the world’s largest gasification projects is at Saudi Aramco’s Jazan refinery in Saudi Arabia where more than a dozen gasifiers built by the Spanish Company Técnicas Reunidas will produce syngas from petcoke, a heavy refinery residue.

One of the drivers behind refinery residue gasification projects has been the IMO 2020 regulation which has increased the demand for low sulphur marine fuels. Furthermore, Petcoke has recently been banned in India for use as cheap feed to coal fired power plants due to its high sulphur content. Instead, gasifying it to produce syngas and hydrogen, which is used to desulphurise or hydrogenate fuels, can create value from the Petcoke.

At Jazan, the gasifiers will produce enough syngas to generate 4 GW of power and steam. The syngas is fired directly in gas turbines which produce 2,400 MW of electricity in an integrated gasification combined cycle (IGCC) power plant. The syngas-island will also export hydrogen and steam to the refinery. The gasification process consumes vast quantities of oxygen. To feed the gasifiers at Jazan, the process requires six air separation units (ASUs), each one rated at a phenomenal 3,000 tonnes per day of oxygen. Air Products has been instrumental in the Jazan refinery heavy residue gasification project and has secured a strong gasification technology position through the acquisition of GE’s Gasification business and Shell’s coal gasification technology.

Coal and petcoke have similar properties as gasification feedstocks. Both can be used to yield hydrogen for the refinery or for chemicals production. The Lu’an coal to chemicals project at Changzhi in China’s Shanxi province, is a large coal gasification project. Four gasification reactors have been constructed to supply syngas to a chemical complex and four large ASUs feed the gasifiers with oxygen. A methanol-based syngas purification plant sits downstream of the gasifiers.

Switching from China to India, the ten gasification reactors at the Reliance refineries at Jamnagar are designed to run on petcoke and for flexibility can also operate on a mixture of 35% coal and 65% petcoke. They are fed by 5 of the world’s largest ASUs, each rated at a staggering 5,250 tonnes per day of oxygen. The target products include hydrogen for clean fuels and syngas.

The concept of Carbon Capture and Storage (CCS) is to recover carbon dioxide (CO2) from industrial process gas emissions and inject the CO2 deep into the ground for long term storage. Atmospheric emissions of CO2 from existing combustion processes, such as cement production or electrical power generation can thereby be reduced to slow down climate change.

Many CCS schemes plan to use depleted natural gas reservoirs for the long-term storage of CO2, thereby refilling them with a gas that they previously contained. So, the CCS process can be thought of as returning CO2 to its underground home.

The UK has spearheaded extraction of fossil fuel reserves from the North Sea for many years. The country is also planning CCS schemes which return CO2 to underground storage locations in sectors of the North Sea. For example, the Fergus gas terminal at Peterhead in Scotland would be integral to the Acorn project, which UK Chancellor Rishi Sunak referred to during his annual budget speech in March 2020. In this case, the flow direction of the existing natural gas pipeline would be reversed to pump carbon dioxide from onshore sources, such as Ineos’s Grangemouth refinery, out to the gas fields under the North Sea.

In Norway, Equinor are playing a key role in the existing Northern Lights project which is collecting CO2 from cement production and other heavy industries in the Oslo Fjord. Tanker ships transport liquefied carbon dioxide to offshore gas processing plants where the CO2 is compressed to high pressure and injected underground. In future, it is proposed that the CO2 collection network will be expanded to include a wide range of sources from Norway and potentially other nations.

The Middle East as one of largest oil and gas producing regions has the potential to be a key hydrogen supplier, especially in the initial phases of the energy transition. Global renewable energy capacity is unlikely to be enough to support both the power and transportation sectors simultaneously. ‘Sustainable’ blue hydrogen from hydrocarbons in the Middle East could provide the bridge until enough renewable energy production is available (some of which may also be placed in the Middle East especially based on solar). Applying CCS technology is by and large a question of cost. Collecting and transporting CO2 from its emission source to the oil and gas reservoirs that can be used for storage requires significant investments in pipelines, compressor stations, injection wells, and other infrastructure. Enhanced oil recovery (EOR) could provide some relief to these costs. CO2 injection is often referred to as tertiary oil recovery following initial (primary) oil production, and water injection (secondary). EOR is typically economically more attractive in a high oil price environment. However, if CCS becomes a mandatory requirement for (blue) hydrogen production EOR could be seen as a cost relief by adding life to existing oil fields even in lower oil price environments.

In the last decade, Saudi Arabia has begun to investigate CO2 injection at its Uthmaniyah oil field. The Eastern Province of Saudi Arabia, where the Uthmaniyah field is located, has a high concentration of hydrocarbon reservoirs, which could potentially be used for CCS and EOR. It is also home to a significant number of potential CO2 sources, including crude oil and natural gas processing plants, refineries, chemical and fertilizer sites, power and desalination plants, metal and cement production and other heavy industries. While there is plenty of potential for CCS and EOR in the Eastern Province, the geographic footprint of the region is significant. Thus, implementing the required CCS infrastructure will be an expensive undertaking.

An initial “blue ammonia” project has recently been announced by Saudi Aramco, the Saudi National Oil company. A small shipment of 40 tons of ammonia produced by one of the country’s fertilizer plants was shipped to Japan for the use in energy applications (fired in power plant). In the process 30 tons of CO2 were supplied to a nearby methanol plant (Ibn-Sina) and 20 tons were captured for EOR at Aramco’s Uthmaniyah field. The Ibn Sina plant is in Jubail several hundred kilometres north of the Uthmaniyah field. Ammonia is produced by combining hydrogen and nitrogen over a catalyst. The source of the hydrogen is in most cases natural gas (although other hydrocarbon sources can be used, especially coal in China).

Ammonia can be used as a hydrogen carrier or directly as a fuel in bunker applications and power plants such as in the case of Aramco’s trial project with the Japanese Ministry of Economy, Trade and Industry. Ammonia is the main building block for nitrogenous fertilizers and is also used in many chemical applications. The ammonia industry is one of the largest in the world and infrastructure is readily available. Ammonia can be stored in cryogenic or pressurized tanks and is typically transported deep-sea in LPG carriers. Ammonia could play a significant role in the evolving ‘hydrogen industry’ and could be produced in a ‘sustainable manner’ and shipped from the Middle East as has now been demonstrated.

While there are many technical and commercial challenges ahead for the wide-spread adoption of ‘blue’ hydrogen / ammonia, policy will also shape this industry. One such aspect is: what qualifies as CO2 capture and where should it be captured? CO2 could be collected in natural gas processing sites, refineries, and chemical (hydrogen/ammonia) sites. Certifying the total amount of CCS will play a role in this process. Another approach could be a CO2 pricing and trading system to verify how ‘green’ the hydrogen produced in a steam methane reformer (SMR) actually is. The answer will ultimately be driven by policy of the hydrogen / ammonia importing countries which are still in infant stages. As such a coordinated approach between hydrogen importers and exporters will be important to deploy financial resources in the most effective way and develop the appropriate physical infrastructure.