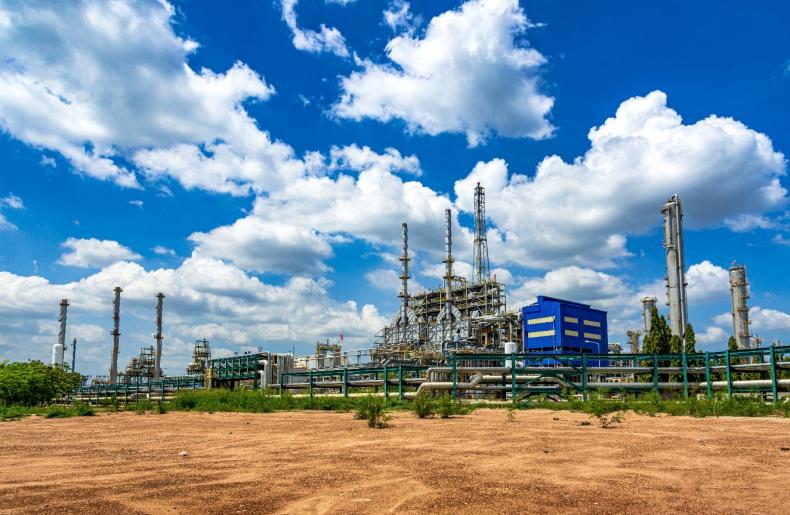 The concept of Carbon Capture and Storage (CCS) is to recover carbon dioxide (CO2) from industrial process gas emissions and inject the CO2 deep into the ground for long term storage. Atmospheric emissions of CO2 from existing combustion processes, such as cement production or electrical power generation can thereby be reduced to slow down climate change. CO2 captured and used in other industrial processes such as methanol and carbonated drinks production.

Several new projects have also been proposed to construct steam methane reformers (SMR), or auto thermal reformers (ATR) to produce large quantities of hydrogen for heating and mobility applications. CCS is an integral part of these schemes to ensure that they produce blue hydrogen and play a role in sustainable decarbonisation.

SMRs and ATRs are commonly fed with natural gas which is rich in methane. When the natural gas rises from the underground gas reservoir, it is generally accompanied by large quantities of CO2 which has existed with the methane in the underground gas field for thousands of years. Many CCS schemes plan to use depleted natural gas reservoirs for the long-term storage of CO2, thereby refilling them with a gas that they previously contained. So, the CCS process can be thought of as returning CO2 to its underground home.

The UK has spearheaded extraction of fossil fuel reserves from the North Sea for many years. The country is also planning CCS schemes which return CO2 to underground storage locations in sectors of the North Sea. For example, the Fergus gas terminal at Peterhead in Scotland would be integral to the Acorn project, which UK Chancellor Rishi Sunak referred to during his annual budget speech in March 2020. In this case, the flow direction of the existing natural gas pipeline would be reversed to pump carbon dioxide from onshore sources, such as Ineos’s Grangemouth refinery, out to the gas fields under the North Sea.

In Norway, Equinor are playing a key role in the existing Northern Lights project which is collecting CO2 from cement production and other heavy industries in the Oslo Fjord. Tanker ships transport liquefied carbon dioxide to offshore gas processing plants where the CO2 is compressed to high pressure and injected underground. In future, it is proposed that the CO2 collection network will be expanded to include a wide range of sources from Norway and potentially other nations.

Electrolysis of water and other potential forms of hydrogen production combined with renewable energy technology is (and should be) part of the ultimate goal for decarbonizing the energy and transportation sectors. This includes hydrogen in pure form or contained in ammonia. One of the largest current uses of hydrogen is in chemicals production, namely ammonia and methanol. Most of the world’s hydrogen production is currently based on hydrocarbons via steam methane reforming (SMR), where natural gas and steam are fed into a reformer (also fired by natural gas) to produce hydrogen rich syngas over a catalyst. The syngas is purified and reacted with nitrogen (sourced from air) to synthesis ammonia (NH3). Hydrogen can also be produced from other hydrocarbon sources incl. coal and crude oil.

Electricity production based on renewable energy will unlikely suffice to support both the power as well as the transportation sector simultaneously. The level of reliance on hydrocarbons as a source of hydrogen will rely on the speed with which hydrogen will be adopted as an energy carrier in different industries.

The Middle East has long been one of the main global export hubs of hydrocarbon-based energy.  This is a result of the region’s abundant oil and gas reserves. The Middle East is also one of the largest exporters of hydrogen-based chemicals, mainly ammonia and methanol. Initially, the first ammonia plants build in the late 1960s and early 1970s in the region were based on associated gas otherwise flared from crude oil production. As such, apart from transport costs, the gas was essentially free. The industry has come a long way since then and the Middle East has developed a considerable syngas based and other chemical export industry. While natural gas prices are now significantly higher than a few decades ago, the region remains at the very low end of the global ammonia cost curve. The Middle East is hence expected to play a role in supplying hydrogen and or ammonia to support the energy transition.

While ammonia technology is considered mature many reputable global technology providers have recently announced considerable scale up in ammonia plant designs. Current world scale operational plants (of which two are in Saudi Arabia) are around 3 300 tons per day. New designs on offer are now around 6 000 tons per day (although not yet commercially proven). Thus, relatively quick scale up of hydrogen / ammonia capacity is possible via SMR technology. The ammonia industry is already one of the largest in the world and a shift to energy applications would increase demand by order of magnitude. The Middle East is well placed to support this transition especially if ammonia production can be combined with carbon capture and storage. The access of depleted oil and gas fields and prospects of utilizing CO2 for enhanced oil recovery could be a winning combination for the Middle East and provide opportunity in a world increasingly turning its back on oil used for internal combustion engines.

The importance of carbon dioxide purity in CCS applications

Before we store CO2 deep underground, we must ensure that important gas purity criteria have been met. In some CCS schemes, the idea is to liquify the carbon dioxide either for immediate storage or to enable its transportation by ship to an offshore platform where it will be further processed. Incondensable gases such as nitrogen or methane could reduce the efficiency of this process by increasing the required energy input. Furthermore, these gases do not behave in the same way as CO2 when injected underground and they take up valuable storage space.

In other CCS schemes, the proposal is to compress CO2 to a high pressure so that it can be cost effectively transported in long distance pipelines before being injected into suitable geological structures deep underground. These compressor stations and pipelines are highly valuable assets which must be protected. If there are combinations of gases in the CO2, that can result in corrosion, such as ammonia and moisture or hydrogen sulphide and moisture they may cause irreversible damage to the pipeline or even the storage site itself. This corrosion of the CCS infrastructure would be costly to repair. Corrosion could also pose a safety risk if it went unnoticed and caused a pipeline rupture. In these cases, detection of these trace contaminants is essential to prevent problems escalating.

Process performance and gas distribution asset integrity are not the only reasons for careful analysis and control of CCS CO2 purity. The safety of the personnel operating the CCS equipment and the general public are also of paramount importance. CO2 intended for CCS may also contain trace levels of highly toxic chemicals such as mercury or hydrogen cyanide. Whilst operators cannot always prevent these molecules being present at tiny levels, they can monitor their concentrations to ensure that they exist in the gas only in minute traces which would ensure that any potential CO2 leak from the CCS processing equipment or storage site does not pose a health risk. Murugan continues to say that “with all these operational, health and safety considerations in mind, my Energy Gases Standards team at NPL are starting to develop the analytical methods and traceable reference materials required for performing these important purity analyses.

Many nations may also wish to participate in CCS schemes, but if their country does not have the appropriate geological profile, they must rely on exporting their CO2. So, for the trade in CO2 for CCS will inevitably become international. This is a key driver for the development of an international standard for CCS CO2 purity to ensure a harmonised approach and consistent levels of safety. The standard will also lock in parameters that players in the CCS industry can design around to ensure optimal performance of their equipment.

CCS – learning from gas purity standards in Hydrogen and biogas

The purity of Hydrogen for use in fuel cell electric vehicles is subject to an international standard, namely the ‘ISO14678:2019 Hydrogen fuel quality – product specification’. Impurities such as carbon monoxide and hydrogen sulphide are capped at levels that will guarantee the hydrogen is compatible with standard modern fuel cells and does not poison the sensitive catalysts. The maximum combined argon and nitrogen concentration is also specified to avoid the long-term accumulation of these inert air gases in the fuel cell which would result in a potentially dangerous loss of vehicle power.

Biomethane is another area where gas purity standards are important. Firstly, the methane concentration and the energy value of the gas mixture must be known for fair valuation of the gas and accurate commercial invoicing. On the other hand, harmful impurities such as siloxanes which can cause corrosion in valves and gas compression equipment by the formation of sandy solids must be detected to ensure that they are present at very low levels to avoid damage to the gas distribution infrastructure.

The examples above focus on hydrogen and methane but there are transferrable lessons to CCS because these gas standards need to specify maximum concentrations of similar impurities which could be harmful to the application. There may also similarities in the most suitable analytical methods to conduct analysis of trace impurities. So, in the consideration of a future standardised purity specification for CO2 in CCS applications, there may be some parallels to learn from.