New Applications for Carbon Dioxide Utilisation in Energy and Chemicals 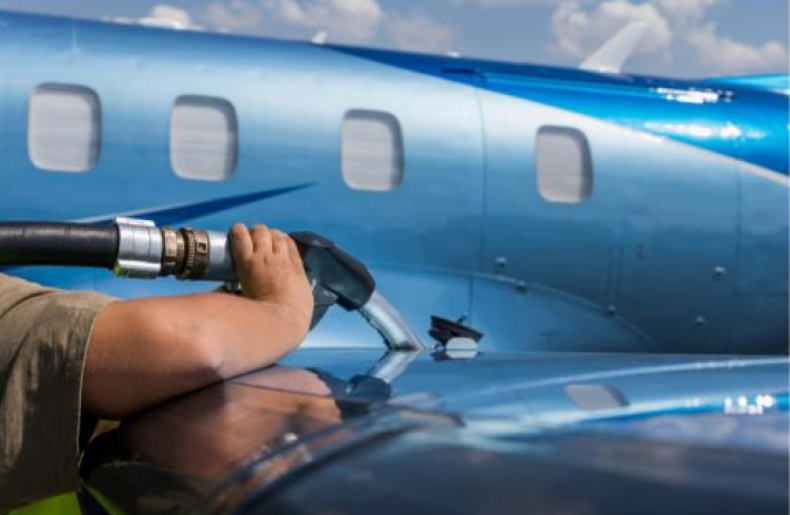 The capture of carbon dioxide from energy, power generation and chemical plant emissions sources will increase significantly between now and 2050 as the world decarbonises. One question is how much of that captured carbon dioxide (CO2) will be sent underground for permanent storage in geological formations and how much will be utilised for new CO2 applications.

To make a significant dent in the amount of CO2 that will become available these applications will need to be extremely high-demand utilisation cases. At present, about 80% of the CO2 captured globally is used for enhanced oil recovery (EOR). That dwarfs the amount of captured CO2 that is routed to the food and beverage industry and welding.

The production of synthetic e-fuels from steam and CO2 on solid oxide electrolysers (SOE) has the potential to become a mega-scale consumer of CO2. Similarly, the electrochemical conversion of CO2 can yield polymers and plastics. These emerging applications have realistic prospects of becoming major CO2 consumers in the future. In each case, renewable electricity and the SOE combine to play a role displacing crude oil or other fossil fuels in the respective value chains.

Solid Oxide Electrolysis (SOE) consumes water in the form of steam and derives a significant percentage of its energy from the heat of the steam. This means that approximately one third less electrical power is required to produce hydrogen gas, compared to a polymer electrolyte membrane (PEM) electrolyser or an alkaline electrolyte cell (AEC) system.

SOE also has high potential in a diverse range of Power to X applications because it can either be configured to produce hydrogen when fed with steam or to produce syngas when fed with a mixture of steam and CO2. Syngas is a mixture of carbon monoxide and hydrogen which can be converted to hydrocarbons using the Fischer-Tropsch process. It can therefore integrate seamlessly to produce feedstocks for chemical processes or to create liquid synthetic e-fuels.

Hydrogen will be used as one of the fuels to decarbonise heavy duty mobility applications such as buses and trucks. However, the fuels that will enable the most cost-effective decarbonisation of flight and shipping is still unclear.

Biofuels are already used as an alternative to crude-oil as jet-fuel. Despite their CO2 emissions during combustion, they are regarded as carbon neutral because the growth of the crop extracted CO2 from the atmosphere. The e-fuels produced using renewable power, steam, CO2 and the magic of electrochemistry on the SOE followed by the Fischer-Tropsch process would be an alternative to biofuels. These liquid fuels would be drop-in replacements for jet fuel derived from crude oil and have a very high energy density meaning that jets could achieve high range with a high number of paying passengers.

CO2 as a feedstock for methanol as a maritime fuel

Ammonia is receiving a lot of attention as a potential marine fuel that will not produce CO2 emissions at the ship. If it is produced from green hydrogen or from natural gas on steam methane reformers fitted with carbon capture and storage systems, the use of ammonia as a maritime fuel will indeed support decarbonisation.

Methanol is currently used as a fuel on several ships. The route to methanol production is though syngas. Here, again, an SOE fed with CO2 and steam holds the key to ‘green’ methanol production. However, the electricity flowing to the electrolyser must be from a renewable source for the syngas and methanol to carry the ‘green’ label.

Methanol and ammonia are relatively easy to store as liquid fuels on board ships. However, ammonia vaporises easily to form a highly toxic gas and methanol is less volatile and the vapours are less toxic. But the use of ammonia as a fuel yields no CO2 emissions, whereas methanol burns to form CO2. As with aviation, there are many potential fuel options to decarbonise shipping – including the synthetic e-fuels which might prevail in aviation.

Polyols from CO2 in the circular economy

Many petrochemicals and polymers are derived from crude oil. The German chemicals giant, Covestro, has been working with RWTH Aachen University and the CAT Catalytic Center to develop catalysts and technologies that can incorporate CO2 into polymers. Whilst the potential for this pathway has been known for many years, it has been difficult to find the right catalysts to encourage the reaction to take place with minimal energy input. This is the breakthrough that Covestro and their research partners have achieved in recent years.

The process that Covestro has developed can substitute approximately 20% of the crude oil with CO2 to produce a polyol which Covestro has named cardyon®. Polyols are reacted with isocyanates to yield polyurethane. Applications of cardyon® include soft polyurethane foam for mattresses and upholstered furniture. Its application in harder foams for components in automotive interiors and flexible fibres are also proposed.

The use of captured CO2 in this circular economy application reduces the demand for crude oil in plastics and polymer production.

Training, market insights and services for your success

Find out more about emerging hydrogen applications and electrolyser technologies at the new Nexant Training course: Hydrogen – Clean and powerful energy, helping you to understand hydrogen’s role in the energy transition.

Nexant Energy and Chemicals Advisory is at the forefront of petrochemical and energy business modelling. Our understanding of market developments and emerging technologies ensures that our forecasts are based on the most up to date scenarios. We also have the insight to evaluate the technologies that are most likely to succeed in the future. That’s an essential question to answer if you are wanting to de-risk a major new plant investment or evaluate a potential M&A transaction target.

Contact the author, Stephen B. Harrison for more information on the market insights, technology evaluation services and M&A transaction due diligence support available from Nexant Energy and Chemicals Advisory in the DACH region.