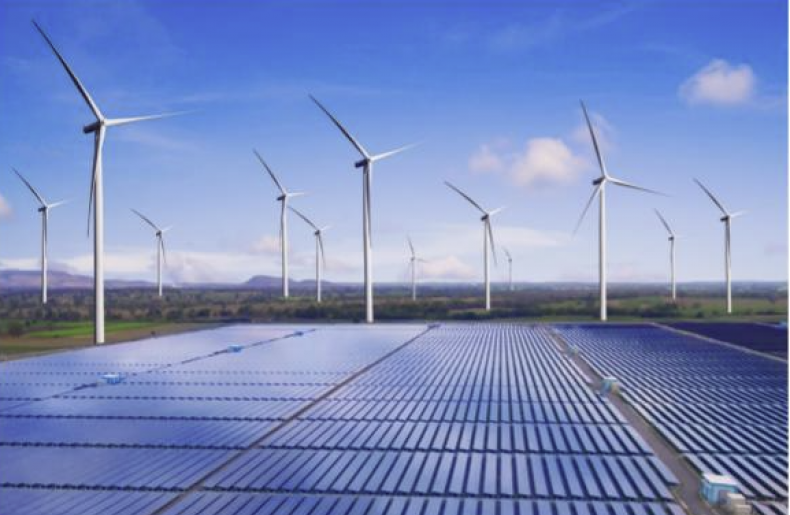 Renewable hydrogen will contribute a significant percentage of global energy in 2050 as the world transitions to carbon-neutrality. The pace of scale-up for green hydrogen projects will be rapid and the sector is in an exponential growth phase. The largest hydrogen electrolysers operating today are in the 10 and 20MW order of magnitude. The mega-scale renewable hydrogen scheme proposals for this decade will see hydrogen electrolysers ramp up into the GW scale… two orders of magnitude higher than the largest units that are likely to be operating in 2021.

Of the top ten proposed renewable hydrogen electrolyser schemes that are in planning or in execution at the end of 2020, eight will be few with a mix of wind and solar power. The other two projects form that top ten list are wind powered and located in northern Europe. 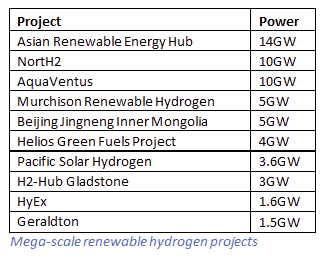 There are several reasons that the cost of renewable power has fallen in recent years: PV and wind turbine technologies are becoming more efficient; larger projects are being executed to leverage economies of scale; higher production volumes for PV panels and wind turbines are driving down unit costs. However, the main reason that the average unit cost of renewable power has been falling globally in recent years is that large projects are being installed in parts of the world where the weather is ideal.

The ramp up in solar projects is pulling for mass production of solar panels. These factories consume huge quantities of high purity industrial and specialty gases. As with many manufacturing processes, the largest factories have migrated from high-cost western countries to China. Since the biggest solar projects are in the APAC region, there is a good fit between production and demand locations.

JinkoSolar, the world’s largest solar panel producer started out in 2006 making wafers. Within 14 years, their annual turnover has grown close to USD4 billion. They produce the most efficient P-type Poly PERC and Mono PERC solar cells with efficiencies better than 22%. Energy conversion efficiency is another critical success factor for good returns on a renewable hydrogen project.

The reduced energy losses combine to give directly coupled PV powered hydrogen electrolysers approximately 10% percent better performance than electrolysers fed from the electricity transmission grid, which carries AC power such as that produced by wind farms or hydroelectric schemes.

When producing hydrogen directly on the solar farm it is necessary to distribute the hydrogen to applications for transportation, heating, or industrial uses. This can be done with high pressure compressed gas cylinders, liquefied hydrogen tankers, pure hydrogen pipelines or by admixing hydrogen into existing natural gas pipelines.

During solar panel manufacturing, fluorine is used as a cleaning gas for plasma-enhanced and thermal CVD tool dry-chamber cleaning. Fluorine is the ideal replacement for fluorine-bearing gases such as chlorotrifluoromethane, nitrogen trifluoride and sulphur hexafluoride and in these applications. Each of these chemicals has an extremely high global warming potential.

Safety concerns related to the storage and transportation of this very toxic and corrosive gas mean that fluorine is generally produced and consumed on-site as required. This limits the inventory of fluorine and avoids the need for high pressure storage.

For the electrolysis of water to hydrogen, the electrolysis of hydrogen fluoride to fluorine and a host of other applications, electrochemistry will play an increasingly important role in a decarbonised future. Electrification of the energy and chemicals sectors will be a progressive transition that will require massive investment to manage the technology and infrastructure transformation.

Find out more about emerging hydrogen applications and electrolyser technologies at the new Nexant Training course: Hydrogen – Clean and powerful energy, helping you to understand hydrogen’s role in the energy transition.