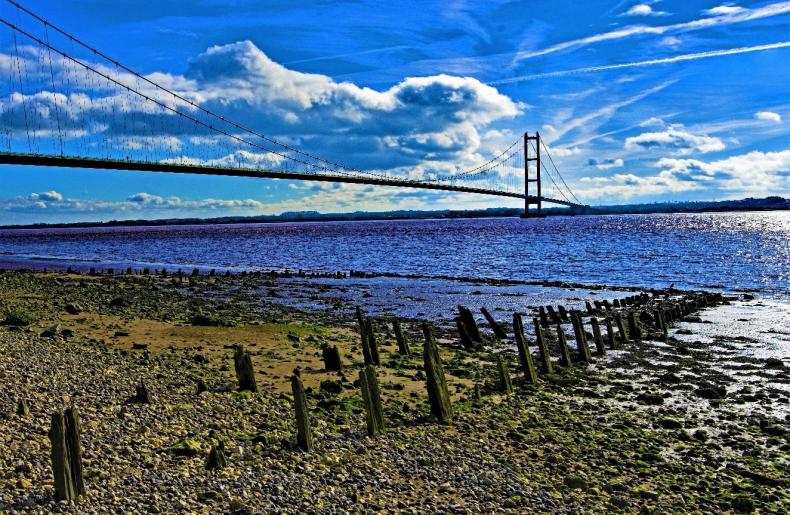 Blue hydrogen will be an essential component for the energy transition. It combines natural gas reforming with carbon capture and storage (CCS) and the Humber industrial cluster in the UK is the perfect place to get started on the journey to net-zero.

At the western tip of the Humber estuary is DRAX power station. On the north bank is the Saltend Chemicals Park. The Scunthorpe iron and steel works is on the south bank, as is significant oil refining capacity. Based on industrial carbon dioxide (CO2) emissions, the Humber cluster is twice as big as the combined industrial activity of Teesside plus Merseyside.

The presence of these industries which is part of the reason this cluster is the ideal place to get started with the transition to low-carbon hydrogen as a green energy vector. In the cluster, hydrogen consumers are mixed with CO2 emitting industries that can benefit from the CCS scheme which will be integral to the blue hydrogen production.

Another reason why the Humber is an ideal location for an integrated low-carbon hydrogen production, utilisation and storage cluster is the presence of underground salt strata. Large hydrogen gas storage caverns can be made deep underground in the salt. Unlike CCS, where the CO2 is permanently buried under ground, these salt caverns can be filled and emptied with hydrogen gas on seasonal cycles to balance supply and demand considerations.

Salt caverns can be up to 100m wide and 1000m deep. The dimensions are governed by the shape and geology of the salt layer. They can be charged with hydrogen in the summer months when applications such as heating are not using so much hydrogen and hydrogen production. Then they can be depleted during cold winter months when the demand surges.

Underground salt cavern hydrogen storage capacity is much cheaper to bring on stream than above-ground hydrogen liquefaction or high-pressure storage of hydrogen gas. Super-scale storage also reduces the cost of the overall scheme because a smaller hydrogen production facility can be operated continuously to meet the fluctuations in demand. Only the right mix of technologies will develop a hydrogen infrastructure that does not burden industry and consumers with excessive energy costs.

Natural gas from the North Sea is the main ingredient for making hydrogen at scale on steam methane reformers (SMRs) or auto thermal reformers (ATRs). To ensure that hydrogen is low carbon, the CO2 emissions must be mitigated with carbon capture and storage (CCS). The resultant hydrogen is referred to as ‘blue hydrogen’, or ‘Low Carbon Hydrogen’.

In a net-zero future, CO2 from the industrial cluster will be transferred back out to the North Sea in a pipeline to safely store the gas in suitable underground geological formations. CCS schemes have been in operation in the Norwegian sector of the North Sea for more than 20 years.

SMRs are used to produce more than half of the world’s so called ‘grey hydrogen’ today. Only when the SMR is combined with CCS may it be regarded as a sustainable, low carbon solution. ATRs can also produce hydrogen at scale and tend to operate at a higher pressure than an SMR. This is ideal if the hydrogen is to be used for injection into the existing natural gas transmission pipeline grid, which operates at pressures up to 85 bar. As in any project, process optimisation and technology selection must include a thorough analysis of the requirements of local industry, power generation and domestic consumers.

The UK has committed to carbon-neutrality by the year 2050, as a signatory to the Paris Agreement on Climate Change. The nation is investing heavily in wind energy to meet that goal. The North Sea east of the Humber estuary is already bristling with offshore wind turbines. 130km off the coast are the Dogger Bank A, B and C wind farms. When complete, these will be the world’s largest offshore windfarm with a capacity of 3.6GW.

Renewable power generation capacity in the North Sea is ramping up quickly and in the long term, there will be sufficient capacity available to produce green hydrogen on electrolysers with several GW schemes in the planning. But, until then, there will be the need for bridging solutions such as blue hydrogen produced from natural gas on SMRs integrated with CCS. This will be a significant step forward from ‘grey’ hydrogen production which accounts for most hydrogen produced globally today. Hydrogen will be an energy chameleon – changing colours over time as decarbonisation deepens.

Find out more about hydrogen production technologies, economics, safety, and environmental impact at the new Nexant Training course: Hydrogen – Clean and powerful energy, helping you to understand hydrogen’s role in the energy transition.