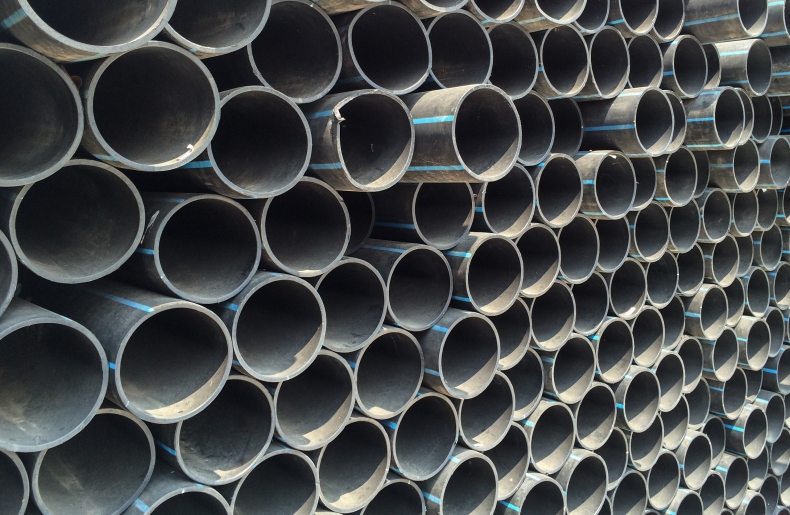 Industrial decarbonisation is a necessity to meet net zero targets and is likely to be enforced through emission taxation.

The next twenty years is set to see enormous investment to separate petrochemical production from the burning of fossil fuels and higher carbon taxes.  But careful planning is needed from inception to maximise emission reduction and minimise additional cost.  We look at the most promising pathways to reach net zero for high density polyethylene (HDPE) assets.

The issue is not with industry nor petrochemicals nor ammonia nor steel.  The issue is with the use of carbon intensive fuels to provide heat, steam, electricity and other utilities.  Why use them? They are accessible and cheap.

To wean industry off its carbon intensive utilities requires proactive investment from industry, government support and the development of affordable clean utilities.  Governments need to consider both incentives and taxes to encourage the transition as there is no financial motivation for businesses to change their strategy.  One such tax discussed in the European Union, as part of the Green Deal, is a standardised carbon tax with a carbon border adjustment for importers.

HDPE is produced from ethylene which is mostly produced by the cracking of hydrocarbons or from methanol. To the left are outlined the emission profiles for ethylene and HDPE produced by the most common route per region and via gas phase polymerisation respectively.  Europe leads as the lowest emission option due to cleaner electricity grids and the use of naphtha spreads emissions over a wider range of products.  This would put domestic producers at an advantage in view of carbon tax.

Carbon Taxation as a financial incentive

Costs of production in Europe are already much higher than their peers in the Middle East and the United States while more in line with Asian competition.  The leading two regions have very cheap feedstock available due to their hydrocarbon resources.  The expansion of capacity in both regions has put enormous pressure on older domestic HDPE facilities and ill-thought out taxation can only lead to further rationalisation of capacity in Europe.

This is the advantage of a carbon border adjustment, it ensures that domestic producers are not unfairly penalised for their decarbonisation actions.  That said, there remains several issues with its implementation – especially around whether it conforms to WTO rules on trade discrimination and how importers with EU supply chains are treated.

Under carbon taxation scenarios as well, HDPE costs do not reach parity with imported goods from the United States or Middle East but do improve their competitive position against Asian goods.  While European HDPE producers are favoured, there is not a big enough differential in emissions to cause a big shift in the cost curve.

Initiatives are most likely to succeed by targeting the income statement through tax or through creation of HDPE price grades based on emissions performance.  However, a price incentive would only be possible through agreement across industry using a standardised methodology reviewed by an independent industry body.

The incentive to decarbonise may soon be there so what are the best pathways to net zero?

The best pathways to decarbonise

With the financial incentive to decarbonise, more businesses are likely to act but that shouldn’t stop others being proactive.  A key consideration for businesses must be their position on additional cost and emissions reduction – aversion to cost will dictate the pathway chosen.  For example,  decarbonisation by electrification is currently high cost but shows the greatest potential for emissions reduction while using CHP has lower cost but limits decarbonisation.

In any context, there are three main pathways to follow – feedstock, utility and CCUS.  The figure outlines the attractiveness of 80 different scenarios with different feedstocks, utility fuels or the use of CCUS in comparison to a base case scenario.  Attractiveness is based on the weighted ranking of the capital cost, additional operating cost and emissions reduction of each scenario and the spread is created by assuming different weightings for cost aversion.

The highest ranked spreads include fuel gas from biomass, solar electricity and biomass-fired steam boilers or CHPs.  Fuel gas is a key contributor to emissions from ethylene production and its decarbonisation leads to the highest emissions reduction.  While CCUS would notionally lead to high emissions reductions, high capital costs, geological hurdles, technology availability and market conditions make it a less attractive option for producers.

This initial analysis encompasses as many scenarios as possible to find the best solution for individual case studies.  Once the top options have been screened, a feasibility study can outline the technical feasibility and cost estimates to a higher degree of accuracy which in turn can be used to reach an investment decision. 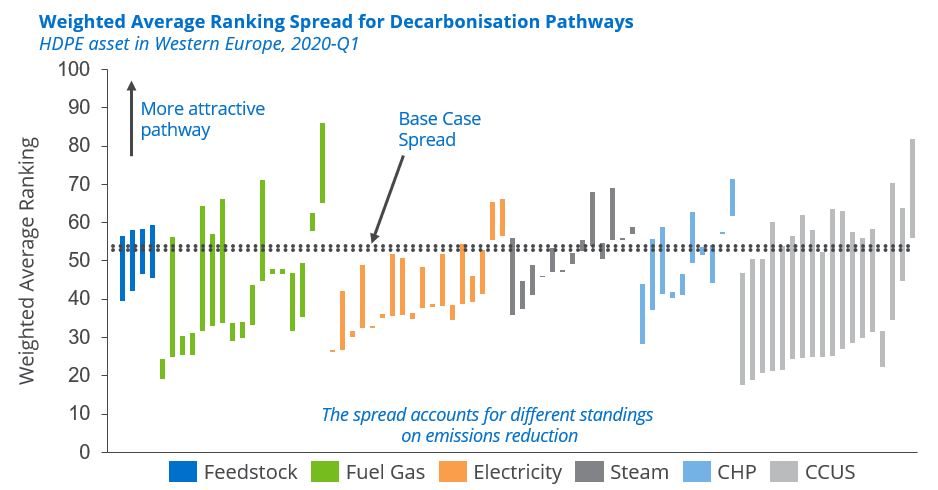