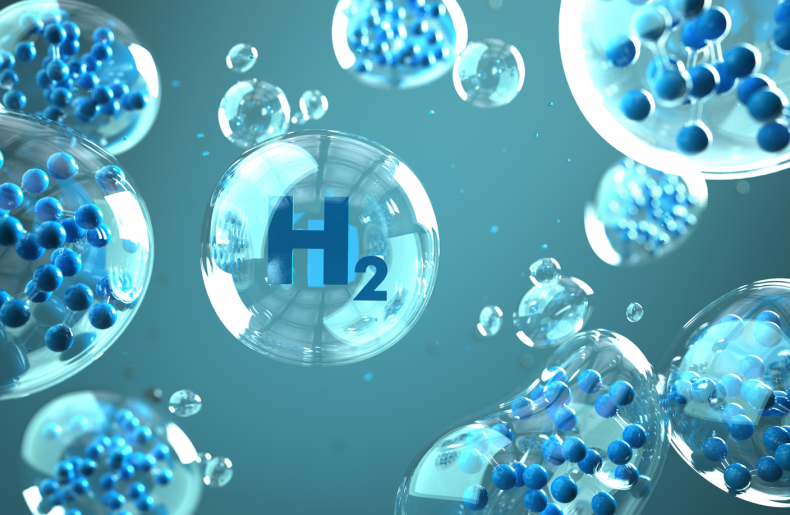 For achieving “net-zero” emissions by 2050 for constraining global temperature rise to 1.5 to 2.0 degrees Celsius (°C), negligible or minimal (low) carbon hydrogen is receiving much attention among various global stakeholders. Hydrogen is typically used in the chemical industry for several important products such as ammonia, methanol, cyclohexane, hydrogen peroxide, aniline, and oxo alcohols, amongst others. Hydrogen is also used in the refining sector to decrease the sulfur content of certain fuel streams as well as in many other industries. In recent years, there is a growing emphasis on adopting hydrogen as an “energy carrier” in fuel cells and other end-use applications which would open a potentially large new market.

Based on technology advances via SMR and ATR processes as well as cost reductions, large-scale blue hydrogen projects are cost-effective, especially integrated with CO₂ capture and sequestration (CCS), or where national and state level subsidies or incentives are utilized. However, blue hydrogen projects bring new challenges to costs and techno-economic-financial analysis as highlighted in the Figure. 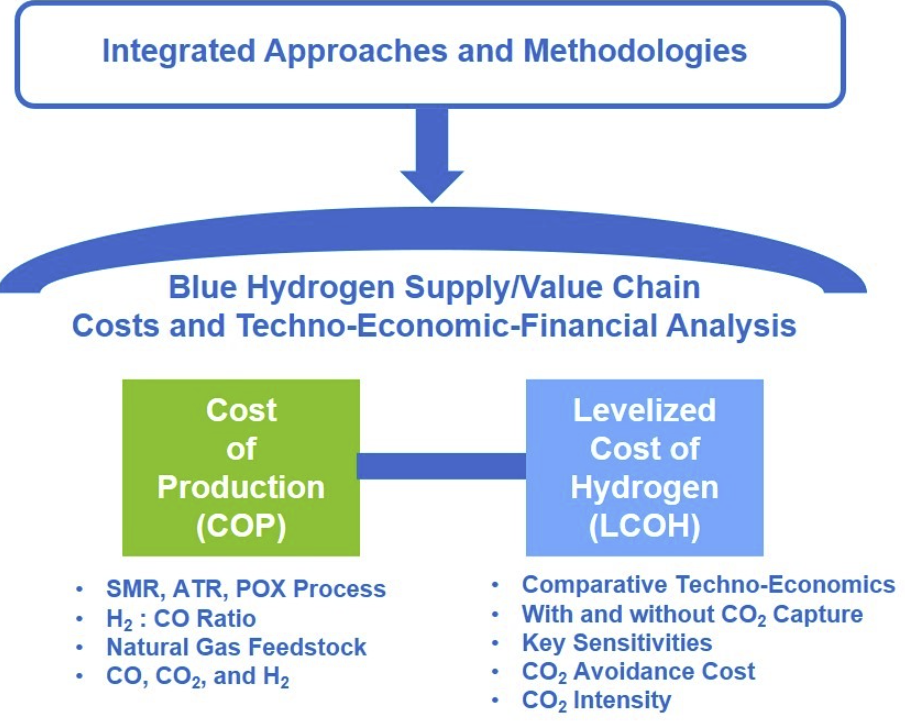 Blue hydrogen projects can potentially deliver a range of end-use applications that may not always be easy to quantify, or even possible to value and monetize. CO₂ capture percentage is viewed as a techno-economic optimization and not a technical challenge. A key take-away is that for optimum balancing of CO₂ capture from a blue hydrogen plant, not only direct CO₂ emissions but also indirect emissions must be considered.

Increased production of blue hydrogen faces substantial challenges which include, but not limited to, optimal costs and techno-economics challenges, existing/planned infrastructure needs, and sufficient commercial market enabling regulatory framework and policies. Developing large-scale blue hydrogen projects requires additional fiscal and financial policy support as well as incentives to attract private equity investment and debt financing. A detailed review and evaluation of natural gas pricing forecast, project capital costs (CAPEX) and operating costs (OPEX), and particularly an assessment of the range of uncertainty, is important to minimize the cost of production (COP) estimates and the LCOH for blue hydrogen.

Successful large-scale blue hydrogen projects will require a comprehensive and holistic integration of international best practices. An optimized blue hydrogen project must consider multiple integrated elements such as technologies and processes for blue hydrogen production with CO₂ capture, techno-economic viability, effective project development, execution, commissioning, along with operations and maintenance. It is expected that blue hydrogen projects and commercial markets will effectively develop in the coming 2 to 3 decades. Feasible and viable blue hydrogen projects, however, still carry project financing, counterparty, and downside risks and uncertainty; a dependence on natural gas pricing, power pricing, pricing of CO₂, and reliance on project development teams to deliver competitive overall project CAPEX and OPEX. In addition, the need for historically different market sectors to cohesively converge while requiring appropriate risk management and mitigation measures to allow for large-scale commercialization of blue hydrogen.