Challenges and Opportunities for CCS in the Middle East 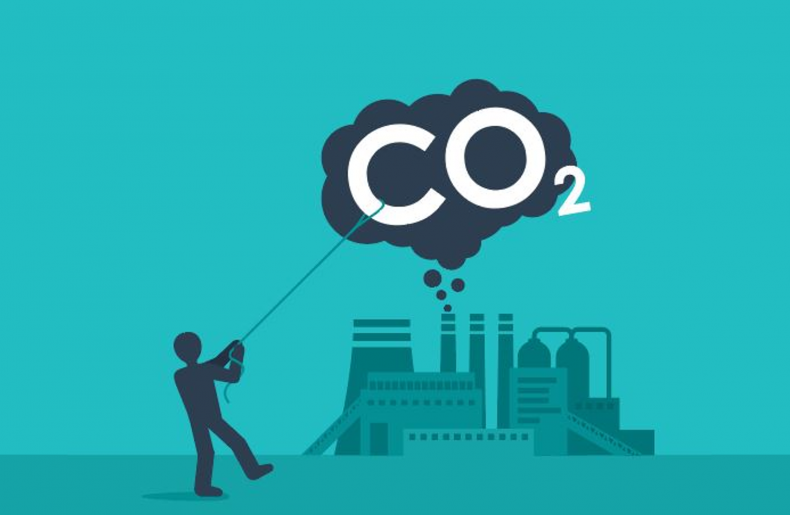 Around 40 billion tons of carbon emissions are released into the atmosphere every year, although in 2020/2021 there was a reduction of 7- 8 percent because of the COVID-19 pandemic.  However, if the 1.5-degree Celsius pathway were to be achieved, the carbon emissions reduction trajectory should follow that experienced in 2020/2021 which implies seismic changes in the global economy would be required from carbon neutral perspective.

Emissions of carbon dioxide by industry have come under increasing pressure from regulatory and consumer scrutiny in recent years. Although technical solutions for the avoidance, removal, or redirection of carbon dioxide streams have long existed, the major obstacle for the displacement of carbon emissions has been the economic viability of the disposition of resulting CO2 streams as most of the emission sources have concentrations of CO2 that are typically lower than 15 percentage such as combustion stacks or tailpipes, for industrial processing, transportation and flares.  Some sources have medium concentrations such as cement production, iron and steel manufacture and PSA off gas from hydrogen production.  Sources of CO2 at high concentrations include natural gas processing, ethanol through aerobic fermentation, biogas via anaerobic fermentation and chemical processes including ammonia and ethylene oxide.

Industry produces about eight billion tonnes of direct CO2 emissions per year – the cement, iron and steel, and chemicals sectors account for about 70 percent.  Carbon capture and sequestration are recognized as one of the most promising route for reducing emissions. There are around 30 commercial facilities in operation globally that can capture and permanently store around 40 million tons of CO2 per year. 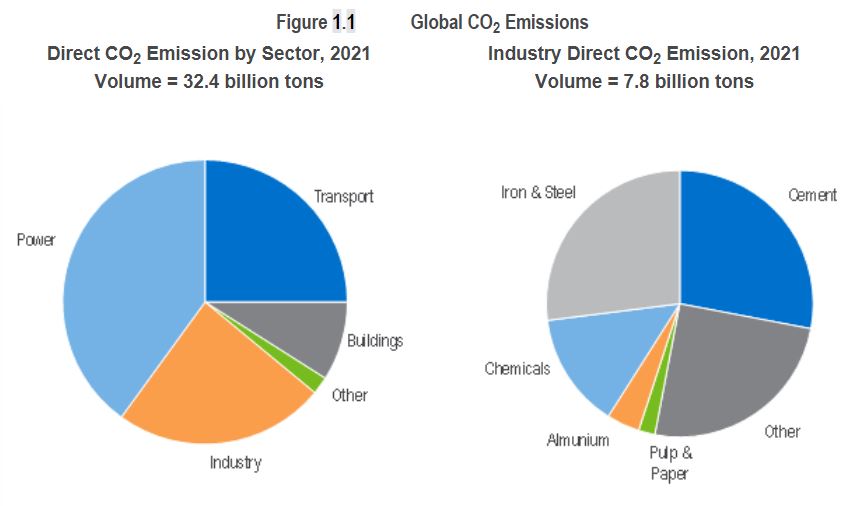 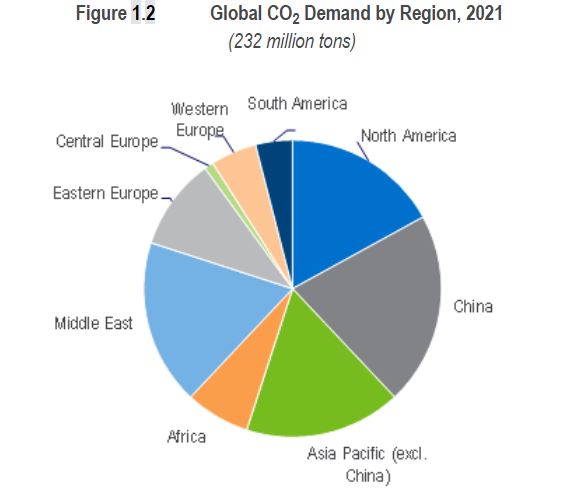 CO₂ demand represents less than one percent of the global carbon emissions, therefore has a limited impact on carbon emissions reduction. More than 90 percent of CO2 consumption is used in the manufacture of urea and for enhanced oil recovery (EOR). CO2 is typically consumed on-site and is not usually commercially exported in large volume.

More than half of CO₂ consumed in the ‘others’ segment is used to produce carbonates.  Demand for chemicals is expected to quadruple, driven by a growing population and growing affluence, particularly in developing economies where a large portion of energy and products we consume are carbon-based and cannot be easily replaced.  Direct high-pressure injection of CO2 into geological rock formations is the only process likely to provide lock-up for a duration of centuries. Ultimately such duration is necessary if we are to reduce the overall atmospheric CO2 inventory.

GCC countries are among the top 10 per capita emitters of carbon dioxide in the world. The region's natural gas demand is expected to continue, driven by the growing industrial sector, power generation demands and the growing petrochemical industry. The region is heavily dependent on hydrocarbons combustion for power generation and operation of energy-intensive industries. There is an urgent need for carbon abatement measures for the industrial sector in Middle East nations.

Middle East CO2 demand declined by three percent in 2020, and all end-uses except urea have reported a loss in volume, particularly EOR that has been impacted by the pandemic.  Modest growth is expected in the forecast period. Therefore, the market for CO2 is expected to have a modest volume impact on reducing emissions, especially as some consumption releases CO2 back into the atmosphere such as urea and food and beverage. CCS can play an important role in the Middle East in addressing the net zero ambitions and support energy demand and the transition to lower carbon emitting technologies and alternative energy sources.  The Middle East has the potential to become a hub for CCS development and deployment. The countries of the GCC have significant financial and environmental incentives for the successful commercial development of CCS, which can be deployed for three region-specific applications: natural gas-fired power generation, enhanced recovery of oil and natural gas, and other advanced, emissions-intensive industrial processes including gas-to-liquid (GTL) projects and liquefied natural gas (LNG) production. In the power sector, CCS has the technical potential to deliver large reductions in emissions while still allowing extensive use of natural gas.  This is of particular interest for the GCC nations, as they rely almost exclusively on oil and gas for power generation.  Because power generation accounts for the bulk of CO2 emissions, it also provides the biggest opportunity for CO2 mitigation.

The region could also consider other CO2 utilisation options for example use its location and natural gas and pore space resources to develop a clean hydrogen export industry as demonstrated by the NEOM project in Saudi Arabia developed by Air Products and ACWA Power. 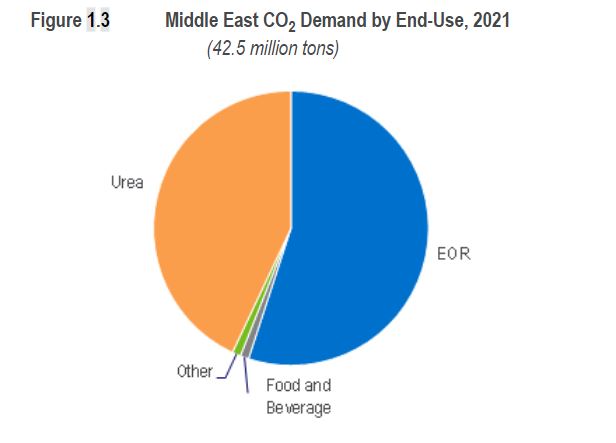 A more effective financial incentive for the adoption of CCS in the Middle East region is its potential application in enhanced oil recovery (EOR) and enhanced gas recovery (EGR). The need for CO2 to replace natural gas in EOR is one of the main drivers of CCS development in the Middle East. Development is spread across UAE, Saudi Arabia, and Qatar. Some of the examples of CCS projects in the region are shown in the below list:

CCS development in the power sector remains untapped in this region that could generate significant growth.  Given the projected spike in electricity demand in the region—and the corresponding increase in the use of natural gas supplies for power generation—the use of gas for oil recovery may become economically unfeasible.

CO2 utilisation can complement CO2 storage but has its limitations. CO2 utilisation and reintegration into chemical processes has the potential to support the development of products and services with a lower CO2 footprint and contribute to emissions reductions. However, it will not have the same impact in delivering the very significant emissions reductions needed to meet Paris Agreement ambitions in the immediate term. Developments in policy, incentives and technology are needed in the near future. These advancements would yield more promising returns and carbon utilization potentials to more greatly impact the carbon emissions issues and address pressing environmental concerns. CCS is the critical enabling technology in reducing CO2 emissions significantly. Although the developed countries lead the CCS effort, there is an urgent need to spread CCS in developing countries. In the Middle East, GCC countries are in an advanced stage in demonstrating CCS and CCUS capabilities in terms of implementing the first CCS-EOR and the world’s largest CCUS projects.

There are various factors that favour CCS in the GCC region. As most of the power generation plants in the region are fossil-fuel based implies that significant proportions of carbon emissions are concentrated in large point sources. In addition, heavy industries in the GCC region are concentrated in several locations making them suitable for CCS integration in terms of carbon capture and optimal in transport infrastructure framework design. Also, CO2 storage sites in the region are widely available. The depleted oil and gas fields in the region are primary storage sites and naturally proven for their containment characteristics. They offer large reservoirs which can be used for storing many decades of carbon production in the region.

There are challenges and opportunities in the Middle Eastern region to expand the deployment of CCUS technology to attract more investments and private sectors involved in the development and operation of large-scale CCUS projects. The enabling factors for wide deployment of CCUS within the region are the requirement of significant policy support to deploy CCUS at a scale that is commensurate with the level of GHG emission reductions required as well as long-term commitment and stability in policy frameworks for CCUS deployment are required.

Much progress has already been made in recent years in R&D for processes that could produce intermediates and polymers from CO2, instead of hydrocarbons, particularly in the production of methanol and carbonates including polyols, polycarbonates, and concrete manufacture.  The process involves using the CO2 in combination with hydrogen, which is highly energy-intensive to produce and results in a carbon-containing fuel that is easier to handle and use than pure hydrogen. Low-carbon hydrogen can be produced from fossil fuels when combined with CCS, or through electrolysis of water using low carbon electricity.

The carbon (and oxygen) in CO2 can be used as an alternative to fossil fuels in the production of chemicals, including plastics, fibers and synthetic rubber. As with CO2-derived fuels, converting CO2 to methanol and methane is the most technologically mature pathway. The methanol can be subsequently converted into other carbon-containing high-value chemical intermediates such as olefins (methanol-to-olefin, MTO), which are used to manufacture plastics, and aromatics, which are used in a range of sectors including health and hygiene, food production and processing.  Hence, through these methods, a double utilization of CO2 could be achieved if both the raw material (ethylene/propylene to ethylene/propylene oxide) and the polymer production step utilize CO2.

Our recently published TECH report, Carbon Dioxide to Chemicals and Fuels, provides a comprehensive account of technologies that utilize carbon dioxide. Technologies profiled include carbonates, urea, methanol, ethanol, cement, and others. Results of economic analysis and analysis of CO2 utilization potential are included.