Will new technology put acetylene back in vogue? 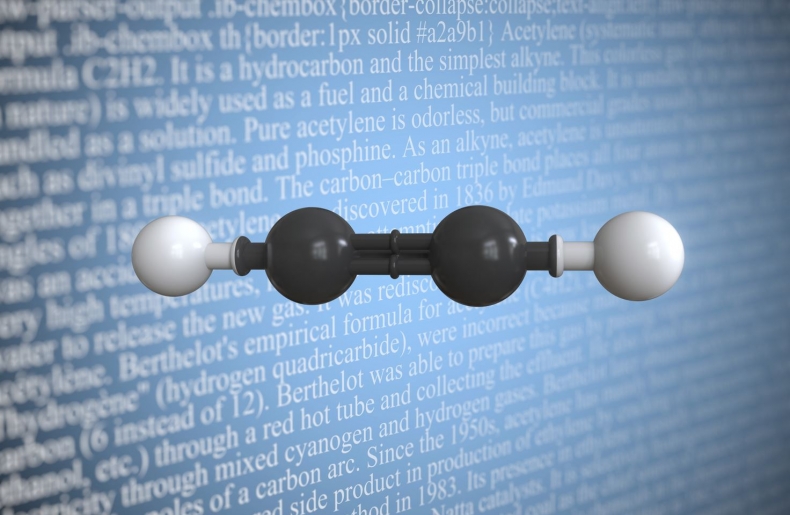 Up until the 1970s, acetylene was a basic chemical raw material used for the production of a wide range of chemicals, as illustrated in the Figure below.  The usefulness of acetylene was partly due to the variety of additional reactions that its triple bond undergoes and partly because its weakly acidic hydrogen atoms are replaceable by a reaction with strong bases to form acetylide salts. However, advances in olefins technology, concerns about acetylene safety, and, most importantly, loss of cost competitiveness, reduced and effectively limited the importance of acetylene as a chemical raw material.

Will new technology put acetylene back in vogue? 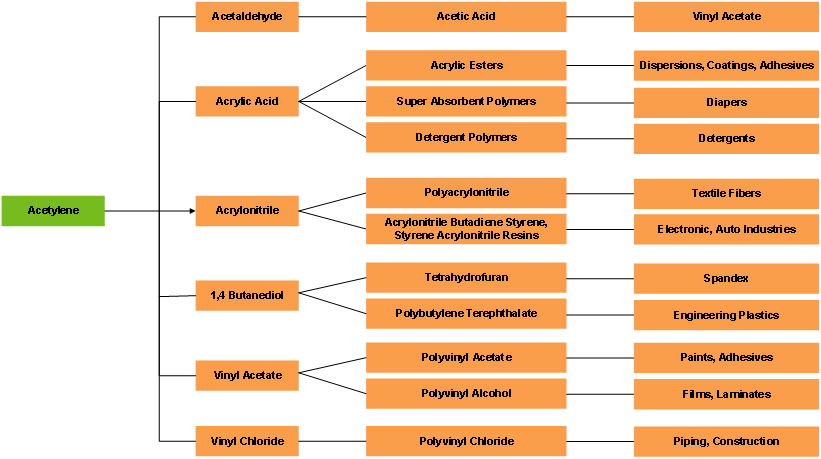 Acetylene is mainly used as an intermediate for chemical synthesis, welding, and metal fabrication. Major chemical derivatives of acetylene include vinyl chloride monomer (VCM), 1,4-butanediol (BDO), and vinyl acetate monomer (VAM). Acetylene can also be used to produce other chemicals, such as acrylic acid and acrylonitrile. However, the production of acrylic acid using the acetylene-based route via the Reppe process, and the production of acrylonitrile from acetylene and hydrogen cyanide are no longer practiced commercially. Until the 1960s, chloroprene rubber (CR) was mainly produced from acetylene. High capital investments and energy requirements made this route obsolete, with polymerization of butadiene now the process of choice for making CR. Acetaldehyde production from hydration of acetylene has also fallen out of favor.

A number of high-temperature processes for the production of acetylene have been commercialized via cracking reactions in the range of 1 000 to 1 600 °C or synthesis reactions above 1 600 °C. The most important process routes are partial oxidation using methane or LPG, as a byproduct during steam cracking to ethylene, cracking of light hydrocarbons in an electric arc, and calcium carbide hydrolysis. Partial oxidation will likely continue to be the preferred technology choice for new acetylene capacity additions. However, the greatest opportunity for growth lies with “new” methane pyrolysis technologies.

Plasma conversion of methane (the most mature form of methane pyrolysis) to acetylene and hydrogen has been the subject of many studies since at least the late 1960s. To improve the selectivity of acetylene and reduce energy consumption, companies are developing processes that thermally decompose methane into acetylene and hydrogen using a microwave (MW) plasma reactor. These are being developed in the presence (or absence) of catalysts. In noncatalytic processes, methane conversions of more than 90 percent have been reported. The use of catalysts in microwave plasma processes increases methane conversion but also causes the formation of unsaturated compounds (e.g., soot). It is believed that the benefits of this route, such as hydrogen byproduct credits and the lack of soot generation, have the potential to incentivize technology developers to continue working toward the commercialization of acetylene production via methane pyrolysis using microwave plasma reactors.