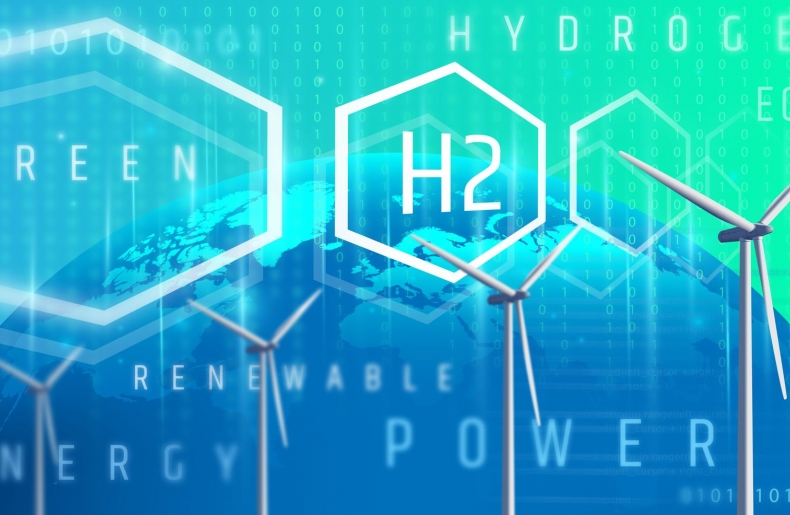 Ambitions to reach “net-zero” emissions by 2050 and constrain the global temperature rise to 1.5 to 2.0 degrees Celsius (°C) have given negligible or minimal carbon hydrogen much attention. Hydrogen is typically used in the chemical industry for several important products such as ammonia, methanol, cyclohexane, hydrogen peroxide, aniline, and oxo alcohols, amongst others. It is also used in the refining sector to reduce the sulfur content of certain fuel streams as well as in many other industries. In recent years, there is a growing emphasis on adopting hydrogen as an “energy carrier” in fuel cell applications which would open a potentially large new market.

In principle, elemental hydrogen is readily abundant and available in various molecules and compounds such as water, biomass, and hydrocarbons. Hydrogen is readily combustible, easily ignited, and burns at about 2,200oC in air, yielding water, with zero direct greenhouse gas (GHG) emissions. Producing hydrogen can be carbon intensive, however, and the entire process covering the end-to-end supply/value chain of compressing, cooling, liquifying, and storing it is highly energy intensive. For hydrogen utilization in different end-use applications to be carbon free, it must be produced through a low carbon pathway and process. When hydrogen is combined with oxygen to generate energy, the byproduct is water – thus, in its cleanest form, hydrogen as an energy source will not emit any GHGs.

The different types of hydrogen have been defined into a wide color palette which classifies hydrogen based on a specific viable pathway or process route with a potential environmental footprint and resulting carbon intensity impact. The color palette includes, but not limited to, grey, brown, blue, turquoise, green, yellow, and pink. Despite its potential to be a sustainable energy carrier of the future, current global production is based almost entirely on the grey route which itself is a carbon intensive process that involves reforming natural gas or methane, releasing CO2 as a byproduct. Zero carbon or green hydrogen (where the hydrogen is produced from renewable energy sources) is the ultimate panacea of the optimal energy mix, but in terms of achievable practicalities, many stakeholders currently promote the dual utilization of green hydrogen with low carbon or blue hydrogen (produced from conventional fossil fuels or hydrocarbons integrated with carbon abatement or capturing technology). Based on current trends, the green hydrogen market is currently untested at the mega-scale commercial and industrial level, whereas blue hydrogen suffers from the association with continued usage of conventional fossil fuels and resultant GHG emissions along with fugitive methane emissions (although significantly reduced via carbon capture and storage). In addition to grey, blue and green hydrogen, there is also brown and turquoise, and other varieties of hydrogen which are produced from conventional hydrocarbons with significant and unabated carbon emissions but forecast production of these varieties sees significant decline. Accordingly, the current and future focus is very much on blue hydrogen and green hydrogen.

Increased production of low carbon hydrogen faces substantial challenges which include, but are not limited to, technical concerns, costs and techno-economics, infrastructure needs, and absence of manufacturing capability for key equipment and sufficient market-aligning regulatory framework and policies. Producing green hydrogen

Hydrogen current largest use is as a raw material for multiple downstream chemical processes, primarily ammonia and methanol but also including linear low density and high-density polyethylene and polypropylene, oxo alcohols and the hydrogenation of food-grade oils. The next largest use is in the refining sector to desulphurize fuels via hydrotreating. In the metallurgical industry, hydrogen is used to reduce metal oxides and prevent oxidation in heat treating certain types of metals and alloys. In addition, hydrogen is also used by semiconductor manufacturers. Liquid hydrogen is also utilized in very large volumes in the space program as a primary rocket fuel for combustion with oxygen or fluorine, and as a propellent for nuclear powered rockets and space vehicles. Although used more commonly in the gaseous state, hydrogen is stored and transported in a liquid form. Hydrogen is a very flexible “energy carrier” that can be used for specific end-uses such as industrial feedstock, supplement natural gas, transport fuel, power generation, and grid stability. New applications for hydrogen during the period are expected to include high temperature heat for industrial processing, transport fuel and space heating. An overview is provided in the Figure of some key hydrogen applications, how they are supplied, at what scale, and likely direction of volumes to 2050. 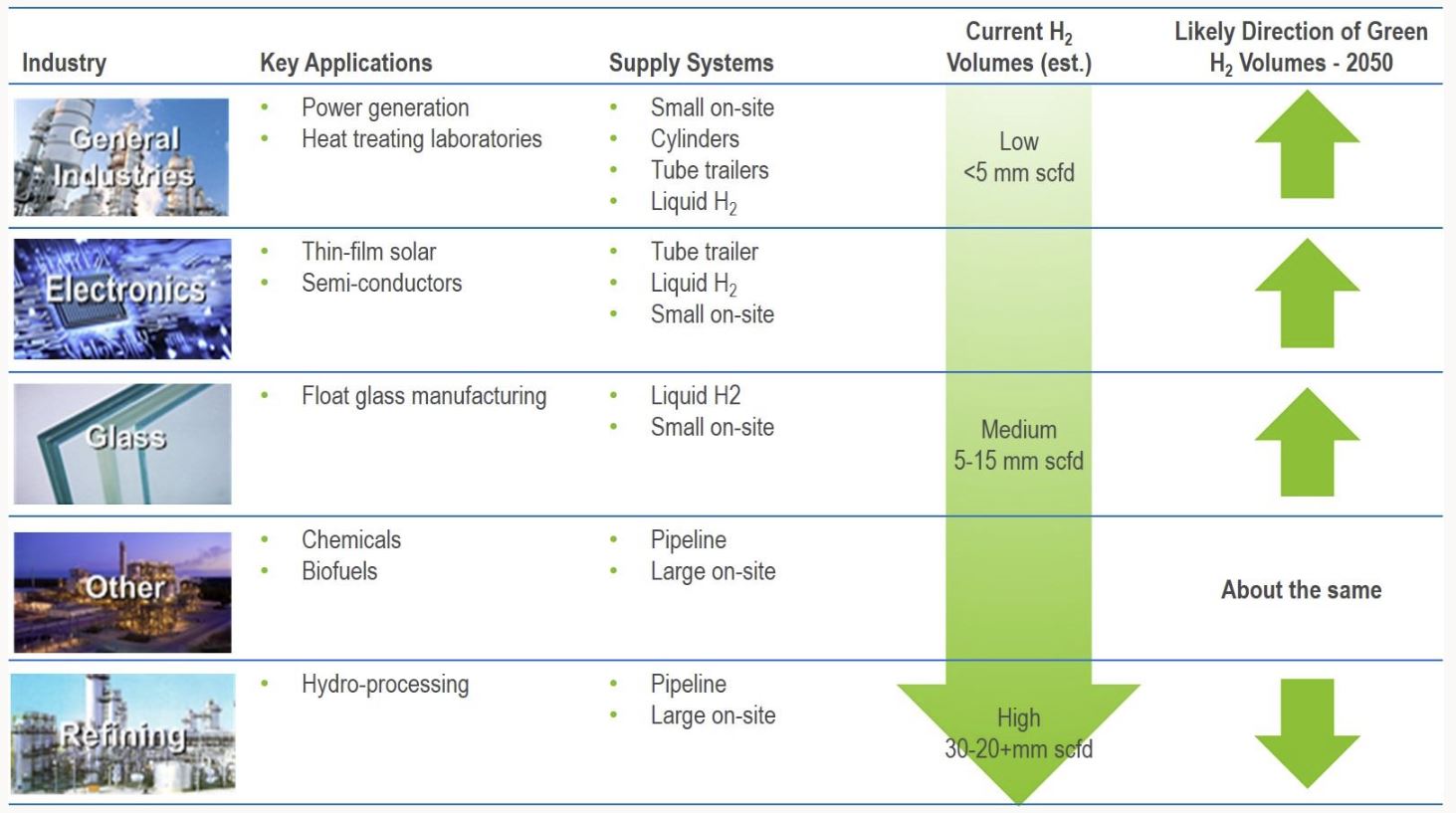 The extent and speed of hydrogen adoption within different economies is expected to be influenced primarily by policy support, the availability of renewable power or natural gas, infrastructure and the size of hydrogen’s addressable markets. For these reasons, China, Western Europe and North America are expected to be the largest demand markets by 2035. Production follows a similar pattern due to the inefficiencies in transporting hydrogen leading to the majority of production being built to serve local demand. However, certain regions are expected to leverage their low cost of renewable energy and natural gas to produce large volumes to explicitly target exports to high demand regions. The regions are expected to include North Africa, The Middle East and Oceania. Import agreements between countries are already being discussed.

Along with the written report, data is provided in Excel including market and competitiveness data.