Rolling with the times... 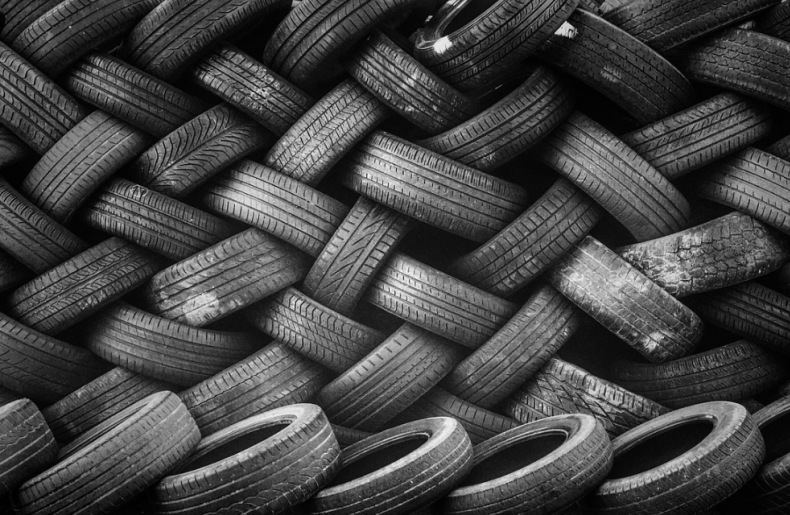 Will the use of alternative rubber processing oils such as TDAE continue to outpace DAE in tyre manufacturing?

The automotive industry is currently undergoing an epochal shift with drivers around the world increasingly getting behind the wheel of an electric vehicle. Yet regardless of the technology under the bonnet, the four circular patches of rubber that do the vital job of attaching cars to the road are here to stay. That is not to say the tyre industry is standing still. Regulatory changes, shifting customer preferences and increasing scrutiny in the sustainability of manufacturing processes have driven tyre makers across the globe to source newer, greener compounds.

Car tyres are a feat of modern engineering featuring a myriad of different materials. The exact composition and compounds used are closely guarded trade secrets but may nevertheless be broadly categorized into three major elements. The first is natural or synthetic rubbers which form the bulk weight of tyres. The tyre industry consumes large quantities of rubber, accounting for roughly 60 to 70 percent of the world’s rubber consumption annually. The second element is fillers such as carbon black, silica, carbon or chalk. Fillers bind the rubber and make tyres more resistant to wear, thereby increasing mileage. The last element is plasticisers. These chemicals improve the flexibility and grip of tyres allowing them to be driven safely in various weather conditions.

Rubber processing oils (RPOs) are an important subset of plasticisers and one of its most common forms, distilled aromatic extract (DAE), is widely used in tyre manufacturing. A product of crude oil refining and lubricant base oil manufacturing, DAE is typically produced by the solvent extraction of vacuum distillation tower products. DAE has historically dominated global RPO demand due to its comparatively low price and superior performance as a plasticiser. However, in the face of mounting scientific evidence linking certain types of cancers with polycyclic aromatic hydrocarbons (PAH), chemicals with high PAH content such as DAE have faced increasing regulation from governments.

The European Union (EU) imposes the strictest DAE regulation of any region. Since 2010, all tyres used in the EU, including imports, are not allowed to contain DAE. Other regions such as the U.S., Brazil, Japan and South Korea have also implemented regulations controlling the levels of PAH in tyres without an explicit ban on DAE. In response, tyre manufacturers have turned to RPOs with lower PAH content such as treated distillate aromatic Extract (TDAE) and hyrotreated naphthenic distillate (NAP).

TDAE is the ideal DAE substitute as it produces tyres with comparable performances (see table below) but is also typically the most highly priced RPO. While DAE consumption will likely experience a gradual decline moving forward, the choice of its substitute is subject to variations in regional supply and demand economics. In the U.S., ample local supply and low prices have incentivised tyre makers to predominantly use NAP despite its relatively poor performance compared to other alternatives. In Europe and Asia, TDAE dominates the substitution of DAE due to significant production capacities from large TDAE producers such as Germany’s H&R and Indonesia’s PT Enerco which allow TDAE to be more competitively priced. However, given the lack of firm regulatory requirements and the price-sensitive nature in the Asian market, uptake of TDAE is relatively slow compared to the European market.

Regulatory changes have accelerated the consumption of low PAH RPOs in recent years. Between 2010 and 2021, global TDAE consumption grew at an average rate of four percent while DAE dropped two percent annually. This trend will likely accelerate as major tyre markets such as China and India adopt more stringent health regulations in line with the likes of Japan and South Korea. Despite its clear health advantages over DAE, the growth of low PAH RPOs such as TDAE face several structural challenges moving forward. The first is uncertainty in supply. The production of RPOs (excluding NAP which can be produced on a stand-alone basis) are typically linked to Group I base oil production. However, the refining industry has in recent years proritised Group II and Group III base oil production capacity at the expense of Group I base oils due to razor thin margins. Tyre manufacturers have also been increasingly invested in finding biomaterial alternatives to RPOs. In 2021, Volvo released Concept Recharge – conceptual designs for future electric cars. The designs featured specialty tyres made by Pirelli which were advertised as completely free from mineral oil and made from 94 percent fossil-free materials.

As with everything excluding death and taxes, the exact shape of tomorrow’s RPO industry is far from certain. In view of uncertainties facing global RPO industry, what is the prospect and key challenges moving forward? NexantECA has extensive in-house data and deep expertise in the refining and petrochemicals industry, including speciality and niche products such as RPO, and has supported our clients in developing strategy and plans to address sustainability challenges in the industry.  Please contact us to learn more.e non-oil alternatives gradually become commercially viable. 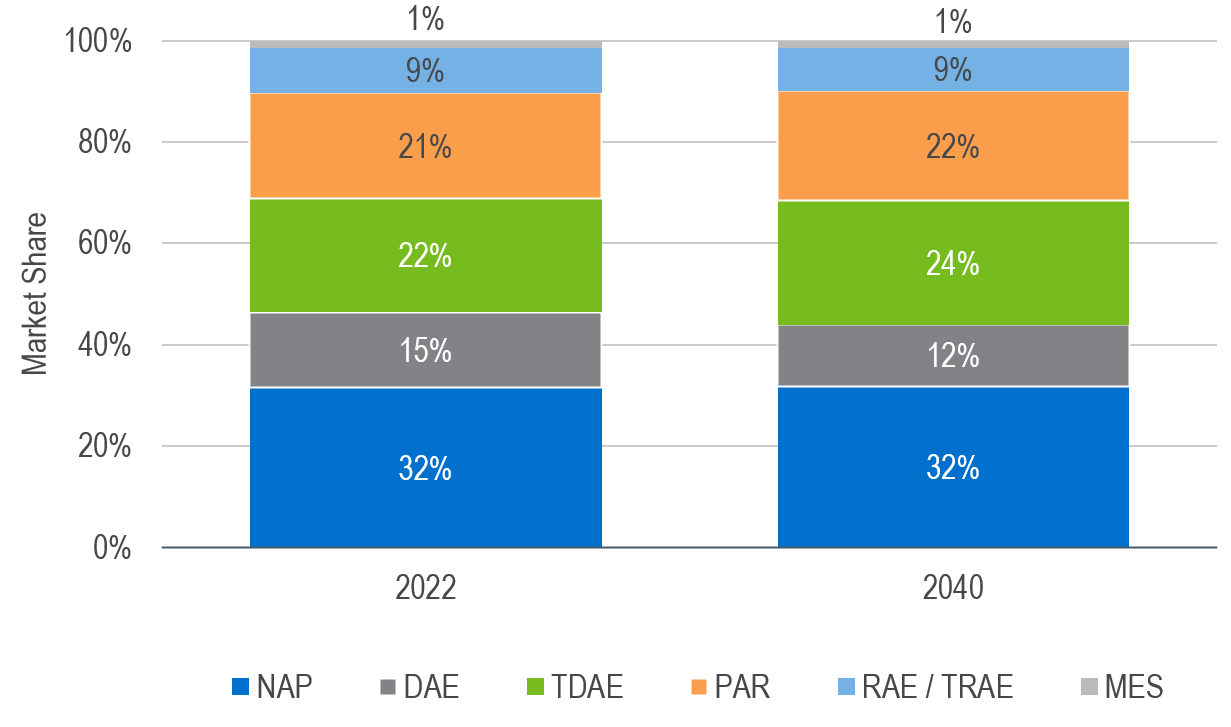 Market Analytics: Butadiene Derivatives - 2022 provides analysis and forecasts of supply and demand of the global butadiene derivatives market.  This analysis will identify the issues shaping the butadiene rubber (BR), styrene butadiene rubber (SBR), and acrylonitrile butadiene styrene (ABS) industries, as well as provide detailed demand, supply and net trade data with forecasts to 2045.  The report is segmented by major region, with the accompanying data in Excel for 40 countries/regions.