Impact of COVID-19 on the LNG business 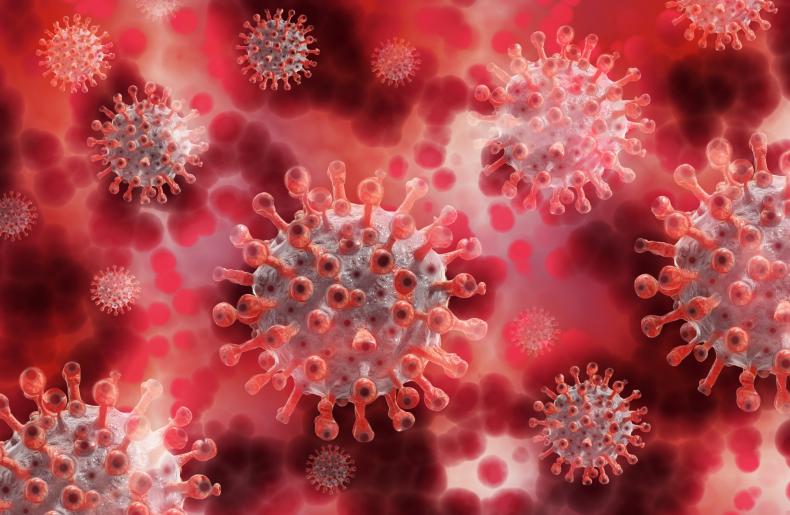 In our April blog we noted that the COVID-19 outbreak had put a huge and unprecedented stress on society and economies; that its impact would be severe and whilst its duration uncertain, it was too early to assess what the outcomes would be.  Four months on and we are getting a better understanding of its impact, but if we were to look at the Q2 2020 market from 30,000 ft. we could be lured into thinking the outbreak has had very little impact on the LNG business with both supply and demand continuing to grow, albeit at lower rates than last year.  However, this high level view obscures what has been happening to prices and the fact that much of this new LNG supply is going into storage. More importantly this may mean we do not appreciate the severity of these shocks to the entire system and “game changers” that have inadvertently been unleashed.

Global Q2 2020 LNG imports were almost the same as Q2 2019 (only 0.25 percent higher). Europe increased its imports in Q2 by 6 percent year-on-year to reach 23 million tonnes whilst Asian imports rose by 1.5 percent compared with Q2 2019 to 57.3 million tonnes.  In some markets the impact of COVID-19 was slight, in others, much more significant.  China saw a brief dip in gas consumption in February and then a rapid recovery whilst European gas markets have been battered by a “perfect storm” since the start of 2020, with gas demand down 7 percent year-on-year between January and May.  In Japan the falls have been even greater; city gas sales in May totalled 2.44 Bcm, down by 17.8 percent from a year earlier and by 21.3 percent since April.  Sales to the industry sector fell by 23.4 percent from a year earlier to 1.3 Bcm, while supplies to commercial users slumped by 44.4 percent.  This resulted in a 19 percent fall in LNG consumption to 1.5 million tonnes and a 3 percent increase in inventories to 2.3 million tonnes by the end of May.

Initial data for July suggests the current situation is slightly worse than the Q2 snapshot suggested.  Whilst Q2 2020 imports were slightly higher than Q2 2019, imports in June and July were lower year on year.

The impact of the COVID-19 virus on the LNG business

The supply torrent finally started to ease in Q2 2020; after reaching a record 96 million tonnes in Q1 2020 supply fell back by 10 percent in Q2 2020 to 86.5 million tonnes.  However, with the exception of Malaysia, producers have not reigned back production.  Australian exports fell by 4 percent compared with Q1 2019 but this was mainly due to scheduled maintenance at Asia Pacific LNG, Gladstone LNG and Gorgon and the continued shutdown of Prelude.  US exports fell by 30 percent in Q2 but this was due to off-takers cancelling cargoes rather than the producers deciding to cut production.  40 cargoes have been cancelled for August compared with 45 for July, 44 for June and two for April.  US exports fell from 14 million tonnes in Q1 2020 to 10 million tonnes in Q2 and are likely to be even lower in Q3.  Some producers (Algeria, PNG and Trinidad) actually increased production and exports in Q2.  Overall lower Q2 exports seem more like a seasonal adjustment rather than a reaction to the COVID-19 pandemic.  They were higher than Q2 2019 (US up 25 percent) and despite record low prices, producers, have continued to sell into the spot market.

However, as we have moved into Q3 the fall has been more pronounced.  Global exports fell in July by 9.5 percent from the previous year.  US exports fell by almost 40% year-on-year to just under 2 million tonnes and Australia exported 17 percent less at 5.8 million tonnes.

Excess supply, slower growth and weak prices were evident before the pandemic.  Two consecutive mild winters resulting in oversupply.  Spot gas/LNG prices had been falling since Q4 2018 but prices hit record lows in Q2 2020 where they remained. NE Asia spot prices averaged US$2.19/MMBtu over the second quarter and the UK NBP averaged US$1.60/MMBtu.  Term prices briefly converged with spot in April but then moved away as crude prices increased.  Brent crude is currently around US$45/bbl, NBP is at $2.93/MMBtu and NE Asia spot $3.9/MMBtu.

Brent crude averaged US$18.38/bbl ($3.17/MMBtu) in April but due to the time lag in term LNG contracts it can be between three to six months before the reduction in crude prices is reflected in invoiced LNG prices.  The average price of all cargoes imported into Japan in June was US$8.38/MMBtu despite the fact that the average price for spot cargoes was US$3.8/MMBtu.  The pass through is a little faster in China and the average price of all LNG cargoes imported in June was US$6.27/MMBtu.

The impact of the COVID-19 virus on the LNG business

Buyers are not buying

Contracting activity has been very subdued this year.  So far only ten term contracts have been concluded (for a total of 14 mtpa) compared with 41 contracts (for 73 mtpa) concluded in 2019. It is also significant that, with only one exception, none of the contracts have been with projects currently under development

Buyers are clamouring ever more loudly for flexibility in long-term deals after the crisis has exposed the inadequacy of existing contracts.  They are now starting to get more flexibility from traditional suppliers, eroding one of the advantages US exporters have claimed to offer.

Despite weak fundamentals this year, two major projects have been successfully financed demonstrating that there is still support for sound projects with experienced and credible sponsors.  Total’s Mozambique LNG secured US$15 billion of financing commitments from a banking consortium in June.  A consortium of local and Nigerian banks in conjunction with three export credit agencies have agreed to provide US$3 billion of financing for the seventh train at Nigeria LNG.  Both financings were oversubscribed but this is less likely to be the case for the next projects that wish to tap the financial market given the current environment.

Most term contracts in Asia remain price-linked to oil and as US supply has mounted, oil slopes — or the level of indexation to oil prices — have fallen.  A slope of 11 percent, an oil price of $40/Bbl and a 50¢ constant yields an LNG price of $5.45MMBtu.  BP’s new assumptions of a $55/bbl Brent average out to 2050 raise that to $6.55/bbl — but it is still too low for most established financiers or developers, even the giant portfolio majors.

Proposed US liquefaction projects have stalled. 16 projects with a total capacity of 193 mtpa have been approved by FERC but none of them have moved forward to FID; with the last US project to be sanctioned being Sabine Pass Train 6 in June 2019.

Globally it is a similar picture.  At the start of the year the developers of 22 projects representing a total 220 mtpa of new capacity said that they intended to take FID in 2020.  However only five projects (67 mtpa) were sanctioned in 2019 and none have been sanctioned so far this year.

Most of these developers have pushed their FID target date to 2021 or later, but without much conviction.

The impact of the COVID-19 virus on the LNG business.

Whilst it had previously looked as if the market could tighten in 2021-2022 this now looks unlikely. Our latest estimate for potential production suggests supply could run ahead of demand out to about 2026 unless there is a significant post-COVID demand response

Low buyer support and low prices have made it very difficult for proposed projects to move forward but this has removed the risk of there being huge over-capacity mid-decade.  It has forced project developers to rethink their development plans and could lead to a more rational development of the market.  It currently looks as if we may need about 60 mtpa of additional liquefaction capacity in 2030.  There is therefore support for about a third of the currently proposed projects.  The sounder projects can still progress and this may result in 2-3 projects reaching FID annually, for example, which could mitigate prospects of major oversupply but would mean significantly less developments in the US than has been planned.

Small may be beautiful

Whilst “big” LNG has been impacted by the COVID-19 outbreak smaller scale projects have not been impacted.  Downstream LNG markets where LNG is displacing diesel continue to move forward and attract investor interest.  The key environmental and economic drivers remain strong and cost effective supply chain solutions are now available.