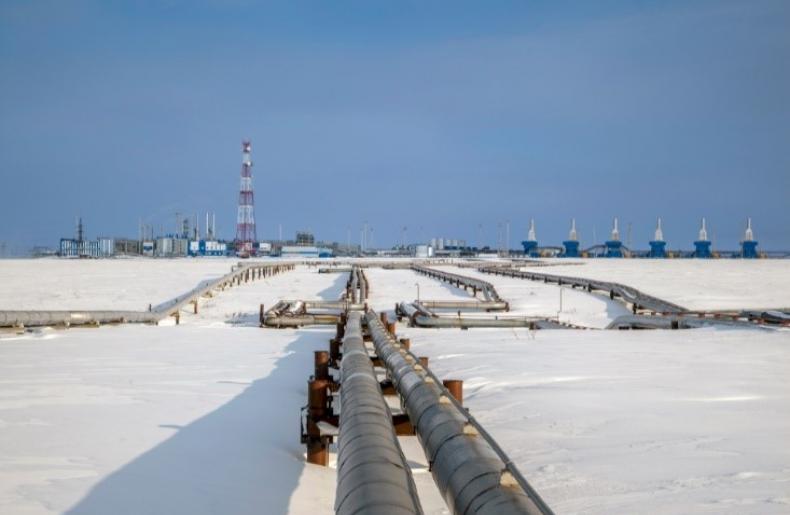 Traditionally LNG liquefaction was dominated by a few national oil companies (NOC’s) and the largest multi-national companies (MNC’s). Ten years ago the top players in LNG were all NOC’s and MNC’s. The NOC’s being Qatar Petroleum, Petronas and Sonatrach and the MNC’s, Shell, Total, ExxonMobil, BP and Chevron.  More recently independents have burst upon the scene, and one, Cheniere (Sabine Pass & Corpus Christie) now ranks as the third largest LNG player (based upon equity share of liquefaction capacity). Another, Novatek, will be the tenth largest LNG company in 2025 when its Arctic LNG project comes on line succeeding Yamal LNG. 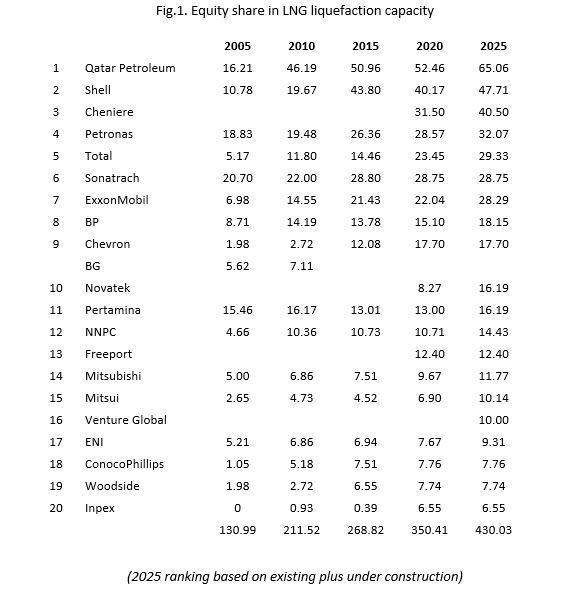 Shell has doubled its LNG liquefaction holdings since 2010. Chevron has invested heavily in gas including Angola LNG, Gorgon LNG and Wheatstone taking it from being a modest player in LNG to the ninth largest. ExxonMobil took a 41.5% stake in PNG LNG, 25% in Coral FLNG and a 30% stake in Golden Pass. Like Shell, Total has also doubled its stake in LNG liquefaction since 2010 with investments in Gladstone LNG and Ichthys in Australia, Yamal LNG and Arctic LNG in Russia, and Cameron LNG in the USA. Total now holds equity stakes in 15 LNG projects (Shell 13). 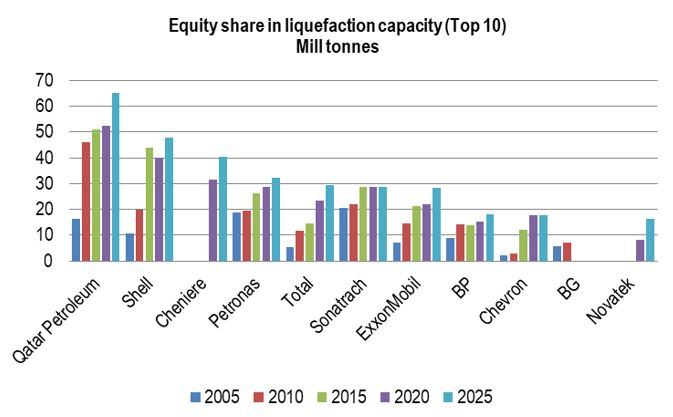 Where now? What impact has the COVID-19 pandemic had on the strategies of the MNC’s?

The immediate impact, due to low oil & gas prices, has been massive write downs. For Q2 2020 Shell reported impairments of US$16.8 billion ($22.3 billion pre-tax), of which Integrated Gas’s share was  US$8.2 billion ($11.2 billion pre-tax), mainly relating to the Queensland Curtis LNG project in Australia and Prelude floating LNG in Australia. BP reported a Q2 2020 loss of US$16.8 billion, which includes a post-tax charge of $10.9 billion for non-operating items. This figure included US$9.2 billion in impairments across the group, largely due to BP’s revised forecast for oil and gas prices over the next 30 years, and US$1.7 billion of exploration write-off. Total booked an UD$8.1 billion impairment in its second quarter of 2020 results which included US$800 million to LNG assets in Australia (Gladstone LNG & Ichthys). Chevron took a $5.4 billion upstream charge in the second quarter which included a $2.6 billion impairment on assets in Venezuela.

Shell said in April that it planned to eliminate all net emissions from its own operations and the bulk of greenhouse gases from fuel it sells to its customers by 2050. Shell plans to move into the power sector and renewables and said that ultimately, it would do business with emission-free companies only. BP is on a similar trajectory but more recently it, and most of the other MNC’s have indicated a desire for a faster energy transition and earlier corporate reorganisation.

Shell is looking to slash up to 40% off the cost of producing oil and gas in a major drive to save cash so it can overhaul its business and focus more on renewable energy and power markets. It plans to cut 7,000 to 9,000 jobs, about 10% of its work force. BP said in June it planned to cut 10,000 jobs 15% of its total workforce as it moved into cleaner energy and Chevron intends to trim 10% to 15% of its global workforce

Shell now wants to focus its oil and gas production on a few key hubs, including the Gulf of Mexico, Nigeria and the North Sea. The company’s integrated gas division, which runs Shell’s LNG operations as well as some gas production, is also looking at deep cuts. It is seeking to reduce its stake in Queensland Curtis LNG (currently 73.75%) by selling a 26.25% interest. It has withdrawn from the proposed 9.5 mtpa Abadi LNG project in Indonesia and in March it withdrew from the 16.5 mtpa Lake Charles project in the USA. It currently has no LNG liquefaction project under development.

Chevron wants to sell its one-sixth non-operating stake in Australia’s North West Shelf and is rumoured to be selling some of its 64.14% interest in Wheatstone LNG. Total is no rush to sanction Papua LNG in Papua New Guinea and Exxon Mobil is cautious on the timing of a third PNG LNG train and Rovuma LNG in Mozambique.

Have the MNC’s lost interest in LNG?

At BP. LNG is set to play a bigger role as part of a strategy that also focuses on low-carbon electricity, bio-energy, hydrogen and carbon capture, storage and utilization. BP plans to double its LNG portfolio over the next decade from around 14.9 mtpa last year to 25 mtpa by 2025 and 30 mtpa in 2030. BP envisages a role for blue hydrogen — hydrogen produced from natural gas with CCUS.

Total aims to grow its LNG and renewables business in the coming decade, while reducing its oil product sales, as it looks to transform itself into a broad, lower-carbon energy company. Its goal is for gas to account for 50% of total sales in 2030 compared to 40% today, as liquids shrink from 55% to 35% of the mix — of which 5% will be biofuels. Electricity, mainly renewable power, will take a bigger share of sales at around 15% by 2030, up from 5% now. It plans to boost LNG sales to 50 mtpa by 2025 from around 35 mtpa now, and to 70 mtpa by 2030.

Total is the second biggest LNG portfolio player among the majors after Shell, whose sales totalled over 74 million tonnes last year. Its LNG portfolio is currently divided roughly 70-30 between equity and third-party supply, but Total will look to reduce its exposure to merchant LNG risk over the next 10 years.

Whilst Shell may be hesitating about further investment in LNG liquefaction, Total is not. It is continuing to develop potential new LNG supply in Russia, PNG, USA & Mexico. Chevron is seeking to withdraw from its Kitimat LNG project in Canada and is now looking to grow its global gas portfolio via a $13 billion acquisition of US independent Noble Energy.

Shell notes that a substantial share of demand growth in the future will not conme from traditional markets like Japan and Korea but from a multitude of smaller buyers from countries with smaller balance sheets, riskier business models and often of lower credit quality. It requires being able to tailor what they offer to their unique market circumstances and risk profiles. It may require investment downstream to facilitate the opening up of new markets and perhaps taking on a wholesale role and providing customer-centric tailored solutions. This should play well for the major portfolio players such as Shell, Total and BP.

In a bid to gain a competitive advantage, companies like Total, Shell and BP are broadening their presence across the LNG value chain, and combining liquefaction capacity with sales and marketing to increase market penetration.