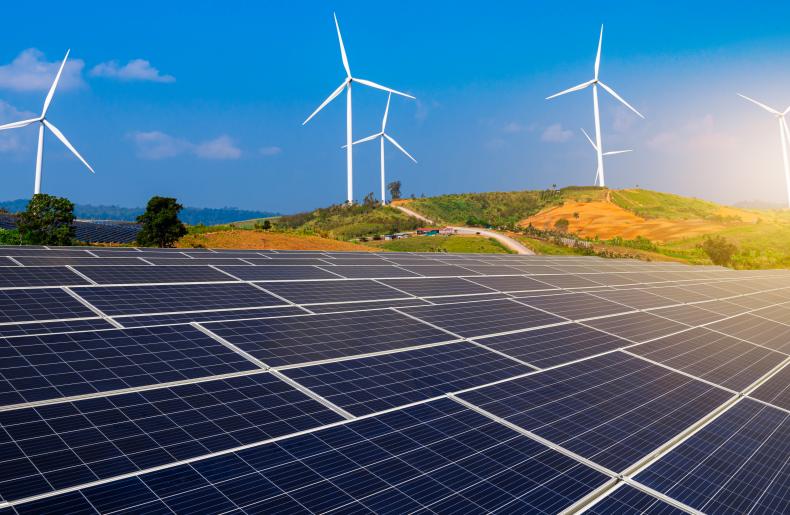 Globally, interest and investments are increasing in sustainable forms of energy via commercialized large-scale renewable power technologies such as solar PV, onshore and offshore wind, solar thermal (concentrating solar power or CSP), biomass, hydropower, geothermal, and other viable sources. At center stage are wind and solar. As part of the definitive pathways towards decarbonization, investors, lenders, market players, and policymakers are increasingly becoming aware of the need for flexibility in the energy supply and down through the value chain. For duty and service, in baseload, peaking, and cycling power demand and supply, important market segments for large-scale renewable power are being addressed to capture and eventually displace conventional power generation (e.g., coal, natural gas, and commercial nuclear, etc.). This will lead to higher reliability, availability, maintainability (RAM) and overall utilization of the energy system assets and infrastructure.

Solar PV and wind being integrated with battery energy storage systems (BESS) are the most commercially advanced technologies and applications, which are being driven by declining component costs, along with economies of scale. Based on historical and current global market trends including impact of COVID-19, large-scale solar PV and wind power generation lead the annual growth as compared to hydropower, biomass, hydro, geothermal, and other sources. 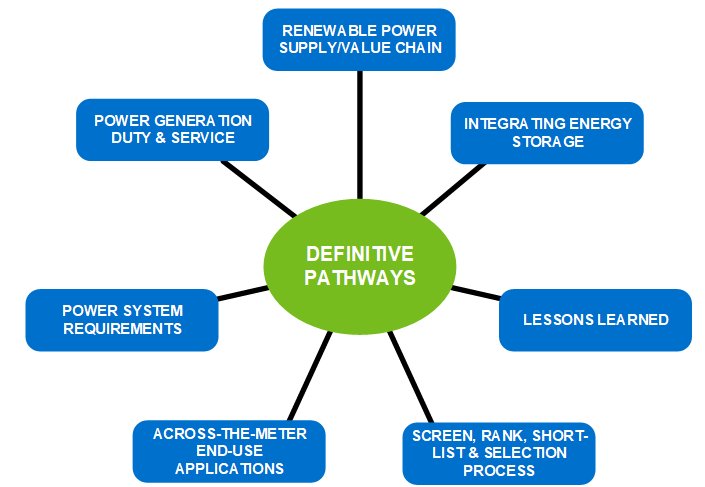 The main considerations of potential large-scale renewable power technology impacts can be broken down into specific potential technical and financial impacts.  These possible impacts are also broadly applicable to other types of large-scale renewable power, which could be simultaneously and independently integrated with energy storage.  Each potential impact conveys a different perspective or focus, although some necessarily involve overlapping issues from the prospective of either the existing owner and operator, project developer, and sponsor, or the energy utility.

The recommended roadmap for renewable power provides both guidance and direction in evaluating the cost-effectiveness and viability of large-scale renewable power generation and energy storage technologies for end-use applications in or behind-the-meter (BTM)/non-dispatchable with potential for front-of-the-meter (FTM)/dispatchable export scenarios.  These key steps provide insights and potential pathways that are helpful not only for assessing the overall energy performance of a renewable power generation plant or facility, but also for developing a techno-economically viable project.

This roadmap consists of three key steps and elements: overview of large-scale renewable power plant/facility, determining large-scale renewable power opportunities, and selection of most viable in technology and economic feasibility.  In addition, the three key steps and elements incorporate and include a screening, ranking, shortlisting, and selection process.

In summary, there is a very high degree of probability for rapid market penetration of large-scale solar PV and wind integrated with BESS in peaking duty and service as well as possible duty (base load, cycling, peaking, intermittent, and emergency or black start) and grid service (e.g., spinning reserves, resiliency, voltage, and frequency response).  There is great potential for other renewable power generation technologies such as CSP, biomass, hydro, geothermal, and ocean/marine.

comparative economics are presented and analyzed.  Impacts on the conventional power industry, trends and drivers are also discussed.  The report focusses on both BTM/non-dispatchable and/or FTM/dispatchable renewable power, and includes commercialized technologies, with global perspective and coverage (not just the United States) in various end-use applications covering process plants and commercial and industrial (C&I) facilities (not just the electric grid)

The BI program provides in-depth evaluations and reliable data on the technology, cost competitiveness and business developments of biorenewable chemicals and fuels. BI was created in response to the increasing activity in this industry segment in recent years, including entrances and exits of players, emergence and commercialization of new technologies, feedstocks, product types, as well as growing interest from companies in the oil, chemical, financial and other sectors.