One step closer to decarbonised energy in Europe 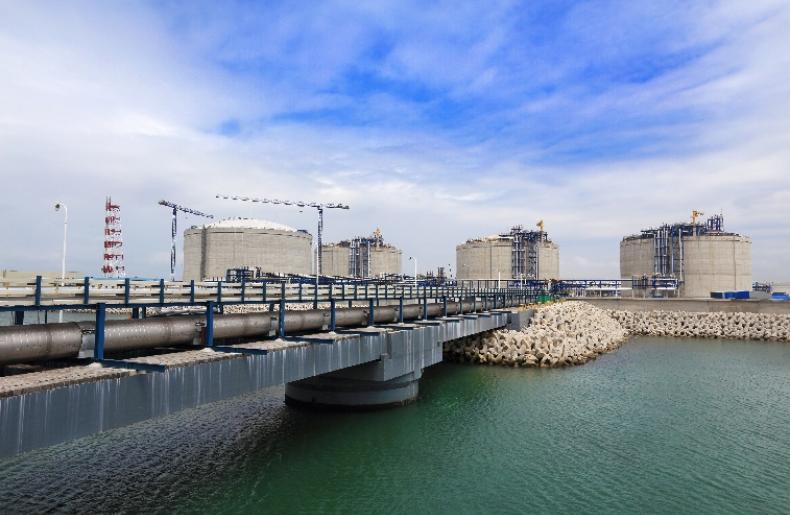 A critical milestone has been reached recently as the Swiss-based international energy trading company Axpo and the German LNG Terminal GmbH signed a Heads of Agreement for a long-term capacity contract for the LNG terminal in Brunsbüttel in northern Germany.  This is an important step towards achieving the final investment decision for the construction of Germany’s first land-based LNG terminal.

The aim of German LNG Terminal GmbH is to develop, build, own and operate a multifunctional LNG import terminal in northern Germany.  The terminal will contribute to energy diversification in Germany and will support the introduction of LNG as a cleaner fuel alternative in maritime and road transport, reducing the environmental impact of both shipping and heavy goods vehicles.  The terminal will combine a variety services such as unloading and loading of LNG ships, storage of LNG, regasification of LNG into the German natural gas pipeline grid and distribution of LNG in road tankers to nearby users.

Thinking to the longer term, with the vision of a de-carbonised energy sector in Europe, LNG may play an essential transition role.  The long-term future could be renewable electrical power being used to produce hydrogen through electrolysis of water.  But, achieving that goal may require some transitional phases to be worked through.  For example, the use of natural gas to produce hydrogen on steam methane reformers (SMR’s) is in plan for the H21 Leeds City Gate project in the north of England.  Those SMR’s can then be supplemented, or replaced, by large-scale electrolysis units in the future.

Other countries in Asia are contemplating trade of ammonia which can be produced using solar power and then cracked to yield hydrogen or, according to a recent innovation from the CSIRO in Australia, the hydrogen bound up in the ammonia may be recovered using a novel membrane.  When it comes to choosing between LNG or Ammonia as a hydrogen carrier, there are some similarities and some critical differentiators.  They have a similar hydrogen content: 22.2% for ammonia and 25% for LNG.  Both can be transported as a liquid to achieve a high energy density and they are both flammable.  But ammonia carries the additional handling hazard of being corrosive and is toxic at tens of parts per million.  Whichever-way path the future takes, this Heads of Agreement for the German LNG terminal takes us one step closer to the potential of achieving a de-carbonised future in Germany.

In spring 2019, German LNG Terminal GmbH will apply for the required permit and the final investment decision is scheduled for Q4 2019.  After receiving the necessary permits, construction work could then start in 2020 with the terminal most likely being operational by the end of 2022.