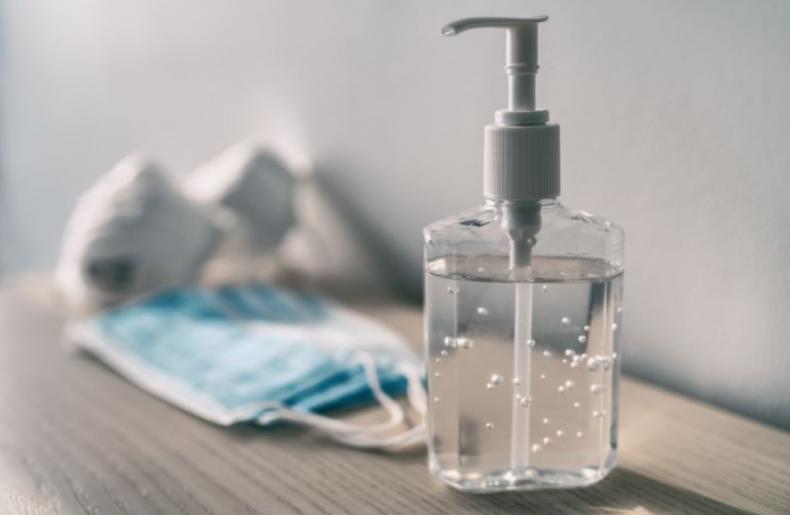 The first recorded use of ethanol as a fuel was in 1826, when it was used to power the early developments of Samuel Morey’s internal combustion engine before Nicolaus Otto developed the modern four-cycle internal combustion engine in 1876.  Since then, ethanol has routinely been used as, or incorporated into, fuel, with the first blending with gasoline taking place in the 1920s.  Here, ethanol acted as an octane booster.  While gasoline blending also offers oxygenating properties, the bio-derived nature of the product is now the primary driver for ethanol consumption.  Governments worldwide are increasingly mandating ethanol blending to boost the percentage of renewable energy consumed in the transport sector.  As a result, the use of bio-ethanol is prevalent in more than 20 countries, with fuel ethanol emerging as the most widely consumed biofuel ahead of biodiesel.

Aside from fuel applications, ethanol is consumed in the production of alcoholic beverages, as well as industrially: as a solvent in the extraction or concentration of flavours and aromas in food as well as a feedstock in the production of ethylene.  Furthermore, it is used in hand sanitizers, which are now commonly known as ‘liquid gold’ due to the surge in demand and prices during the pandemic.

Ethanol can be produced through two separate processes: through the fermentation of crops, predominantly sugar or starch crops, or through petroleum-derived sources, where it is largely based on ethylene hydration, as well as syngas synthesis or the hydrogenolysis of acetic acid esters.  These synthesis routes determine the application the product can be marketed to: ethanol produced through petroleum-derived production routes can only be marketed to industrial applications, while bio-derived ethanol can be marketed to both fuel and industrial applications.  This is a consequence of the primary driver for fuel ethanol being its bio-derived nature.  Therefore, production is required using either food and feed crops, or using feedstocks that do not compete with food or feed production, such as cellulosic ethanol from sources such as agricultural waste. 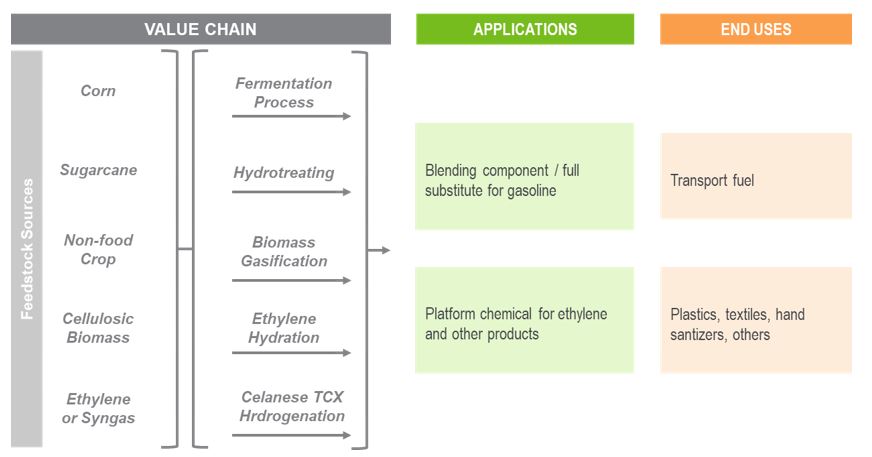 The spread of COVID-19 resulted in significant restrictions being placed on populations, which have had a significant and contrasting impact on supply chains.  For example the already weak automotive industry experienced significantly depressed output and sales, whereas demand for medical supplies such as drugs and personal protective equipment spiked.

These contrasting effects have also been observed in the ethanol market.  The restrictions placed on the movement of both people and goods has significantly reduced transportation levels, reducing the demand for gasoline and therefore fuel ethanol.  Meanwhile, the heightened demand for hand sanitizers has increased the demand for industrial ethanol. 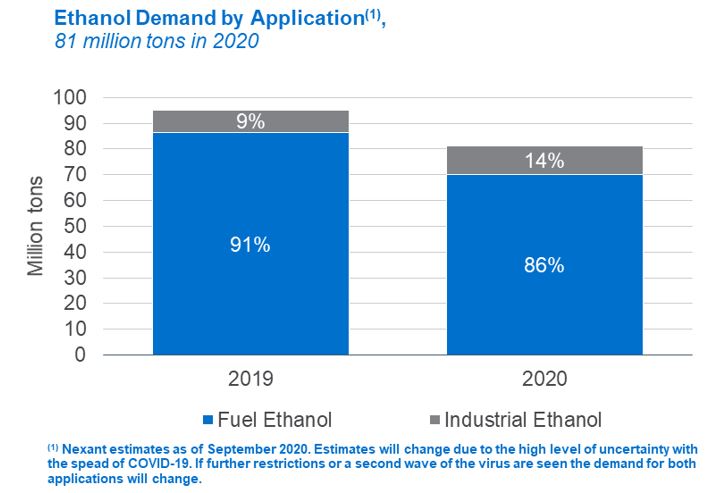 The global demand for fuel ethanol is estimated to fall in 2020 compared to 2019, following significant increases in the last 15 years, driven mainly by the development of incentivising governmental policies.  The decrease is estimated based on the fall of gasoline demand and the level of blending in the appropriate region.  For example, global gasoline demand is estimated to fall by 19 percent in 2020 which corresponds to an approximate fall in fuel ethanol demand of 19 percent.

CHANGING DEMAND DRIVERS HAS PROMPTED THE SWITCHING OF PRODUCTION

Pharmaceutical grade ethanol requires a high level of purity (a minimum of 99.7 %v/v), with low levels of impurities such as methanol, acetic acid and acetaldehyde.  Fuel ethanol, however, typically commands a minimum of 92.1 %v/v (ASTM D4806 Fuel Ethanol Standard Specification) and can contain larger levels of impurities.  Consequently, fuel ethanol producers will be required to further purify ethanol, and this is typically done with an extra distillation step.

Additionally, governments have relaxed the regulations to support the production of ethanol to be used in hand sanitizers.  Germany has approved the use of ethanol in disinfectant production.  Meanwhile the United States government has waived provisions of internal revenue law with regard to distilled spirits, and provided certain exemptions and authorizations to distilled spirits permittees to produce ethanol-based hand sanitizers.  Producers who have switched production to industrial grades include:

WILL SWITCHING TO INDUSTRIAL ETHANOL CONTINUE?

The increased hand sanitizer demand is likely to remain in the short-term as COVID-19 continues to affect our daily lives, with the threat of a second wave of the virus and new restrictions being implemented as cases spike in more localised areas.  The virus will also effect fuel ethanol demand and the rate of its recovery to pre-pandemic levels.  Therefore, further restrictions will likely continue to promote the longer term switching of production.