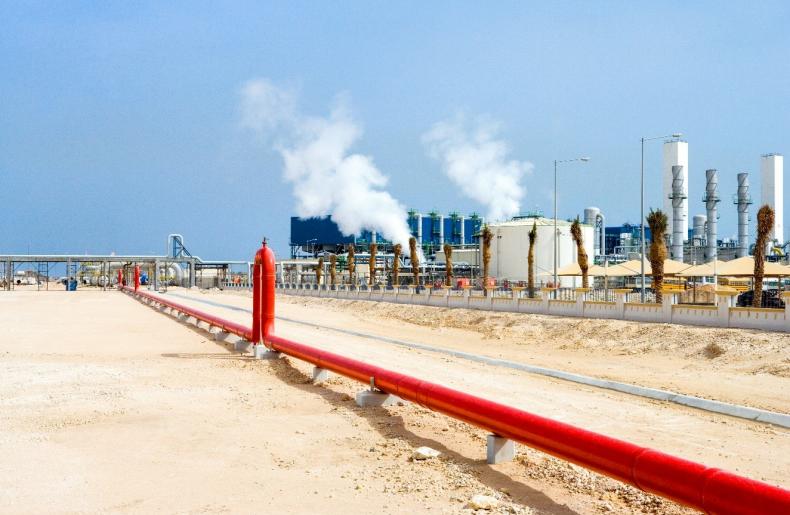 About 90% of hydrogen produced globally today uses the process of steam methane reforming (SMR). This technology has served small to mid-scale requirements for syngas and hydrogen well for the past 40 years. As hydrogen applications are scaling up from Mega-scale to Giga-scale, the SMR technology is being challenged by autothermal (ATR) and partial oxidation (POX) reactors.

An SMR feeds steam and natural gas downwards through many thin vertical steel tubes filled with catalyst. This produces syngas, a mixture of carbon monoxide (CO) and hydrogen. If hydrogen is the target the syngas is further processed in a water shift reactor to convert the carbon monoxide to hydrogen and carbon dioxide. The reactions in the SMR require a significant heat input to drive them forwards. For this, natural gas is burned in air in a fired heater within the SMR unit.

The reason behind the name ‘auto thermal’ reforming is because this process produces its own energy to drive the chemical reactions. Unlike the SMR, where the burners are separated from the hydrogen production reaction by the steel tubes, in the ATR all the action takes place in a single vessel.

Partial oxidation is like auto thermal reforming because the reaction takes place in one unit, to which oxygen and natural gas are supplied. But it differs from both the SMR and ATR processes because neither catalyst nor steam are used. As with the ATR and SMR, a shift reactor may be used to enrich the hydrogen content of the syngas produced by the POX reactor, if desired.

A subtle difference between the SMR, ATR and POX processes is the pressure at which they operate. Whilst SMRs typically operates in the range of 15 to 40 bar, ATRs are more comfortable in the 30 to 50 bar range and POX reactors operate in the range of 40 to 80 bar.

If hydrogen is intended for injection into high pressure gas transmission pipelines, producing it at high pressure is a tremendous benefit because a hydrogen compressor after the SMR can be avoided. This reduces both capex and electrical power demand.

Whilst SMRs have been dominant for hydrogen production on refineries, ATRs have been making inroads in other processes. The presence of oxygen in the ATR yields syngas with a higher CO to hydrogen ratio than the SMR. This is suitable for some chemical pathways, such as Fischer-Tropsch process, which produces liquid fuels from natural gas in the gas-to-liquids (GTL) process.

In 2006 the Oryx GTL project in Qatar was built to add value to natural gas and produce an energy-dense export product. Oryx has two large ATRs. In a similar project, the Escravos GTL facility in Nigeria started up in 2014. It is of a similar configuration to Oryx.

Methanol production also relies on syngas. A common technology combination used in mega-methanol plants is an SMR followed by an ATR. This is known as ‘combined reforming’ and has been implemented at the world’s largest Methanol facility located at Kaveh in southern Iran.

Methanol to gasoline (MTG) is an alternative route for liquid fuels production that also uses ATRs. The Turkmengaz natural gas to gasoline facility, which came onstream in 2019, is the world’s largest MTG plant that uses an oxygen-fed ATR for syngas production.

Ammonia production is the largest consumer of hydrogen globally. Around 50% of the world’s hydrogen production is aligned to the ammonia value chain. Modern world-scale ammonia facilities are being built in locations where natural gas is available at low cost, such as the middle east and Russia.

Find out more about hydrogen production technologies and emerging applications at the new Nexant Training course: Hydrogen – Clean and powerful energy, helping you to understand hydrogen’s role in the energy transition.