Adoption of electric vehicles and its impact on polyolefin demand 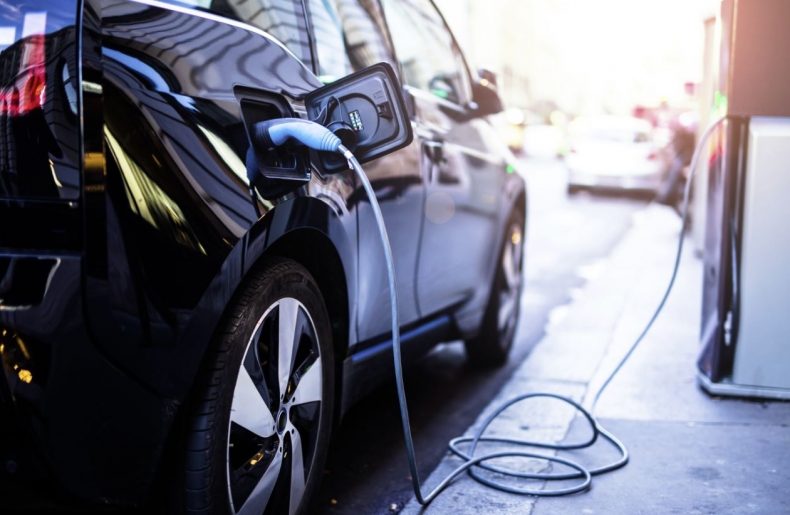 Glasgow’s Climate Change Conference (COP 26) held in 2021 was attended by major nations to align climate change targets to limit global average temperature change to well below 2ºC above pre-industrial levels and pursue efforts to limit it to 1.5 ºC.  These climate change targets places attention on greenhouse gas (GHG) emissions from fossil fuel and are expected to place pressure on internal combustion engines; providing further incentive to develop electric vehicles (EV) which have no emissions at point of use.  An electric vehicle (EV) is described as any road vehicle that is powered – either partially or fully – by an electric motor.

Differences between HEVs, PHEVs, and BEVs

Differences between HEVs, PHEVs, and BEVs 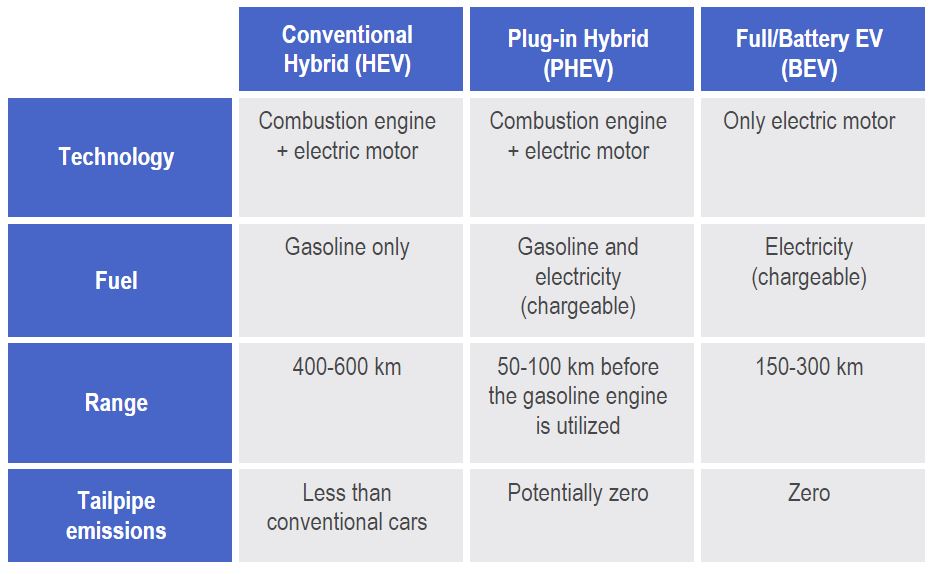 BEVs are forecast to have the largest share in comparison to other types of EVs in the passenger vehicle category over the longer term.  By 2050, BEVs are expected to occupy close to 30 percent of all types of passenger vehicles, and about 40 percent of all passenger vehicles are expected to be EVs.  Projected BEV growth is anticipated to be driven by government support with zero emissions and the ability to displace conventional fossil fuel, which is the goal of most climate change targets.  In comparison, HEVs and PHEVs remain dependent on an Internal Combustion Engine (ICE) as a form of propulsion where there will still be some form of carbon emissions. 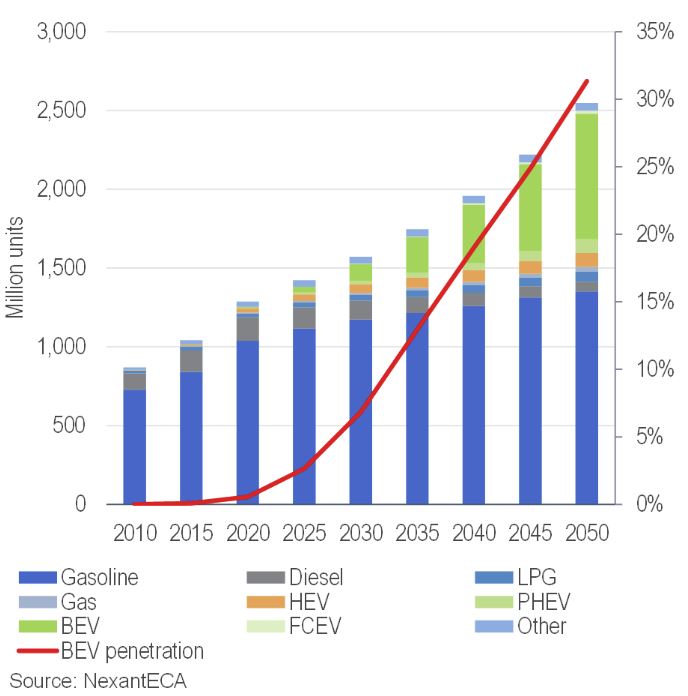 Importance of polyolefins used in EVs

Currently, about 36 percent of plastics by weight in automobiles are made up of polyolefins.  Most plastic components of a vehicle are not likely to change as we transition from ICE to PHEV and BEV as the design of the structure of a vehicle is fairly fixed.  Parts such as panels and upholstery will not see much change as the propulsion system of a vehicle changes from ICE to electric motors.  However, a key component that has great growth potential for polyolefins demand is the battery of an EV.  EV battery cells are typically assembled into a plastic container known as a battery pack and in these battery packs, separators made from polyolefins separate different compartments of the battery pack.  A separator is an engineered microporous permeable membrane battier to prevent the two electrodes from touching and causing a short circuit.

Typical requirements for the separator are:

Virgin polyolefin resins are expected to continue to be in demand for the manufacture of new battery cases and separators to house the li-on cells.  Polyolefins used in a typical North American vehicle are expected to continue increasing in the near future.  This demand is expected to be spurred by increased production of EVs which require lighter parts to help offset the weight of heavier batteries in addition to the increasing size of EV batteries. 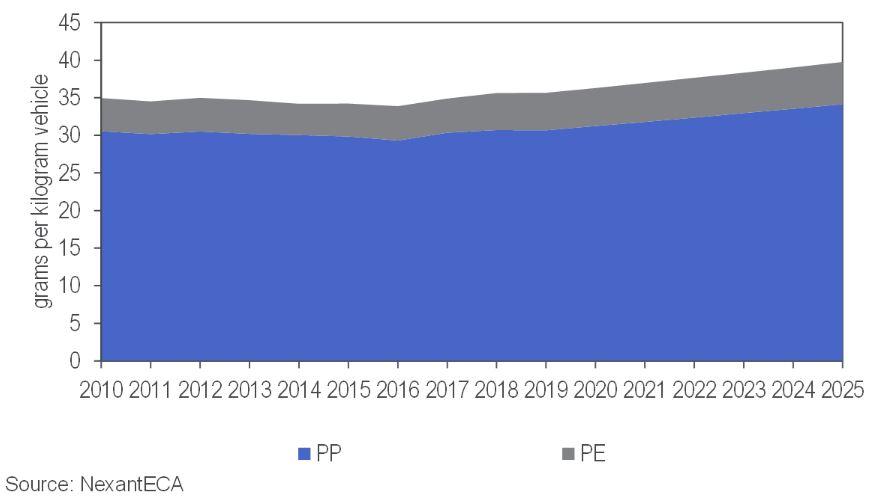 Development areas that will promote demand for polyolefins

Emerging technologies for EV batteries are also expected to increase the demand for polyolefins besides being used as separators and battery casing.  One of these emerging technologies is the solid-state lithium-ion battery which replaces the typical liquid electrolyte with a solid electrolyte.  One form of solid-state lithium uses polymer-based electrolytes such as polyethylene oxide (POE) combined with a filler material and functionalised with an incorporated lithium salt to achieve ionic conductivity.  Toyota has claimed that it is nearing a breakthrough in production engineering for this technology that would allow it to produce hybrid EVs based on solid state Li-ion batteries by 2025.

In conclusion, while the growing demand for passenger vehicles are already expected to increase overall polyolefin demand for automotive parts such as interior and exterior panels, dashboards, and upholstery, another avenue for new polyolefin demand growth is from the EV battery itself (for POE based solid-state battery) in addition to the casing and separators.  Polyolefins will see increasing demand due to volume of EV expected to be sold over the years as well as larger capacity batteries which are expected to be required to increase the range of the EV.